Home TechnologyGaming Steam vs Epic Store: Which is better Steam or Epic? 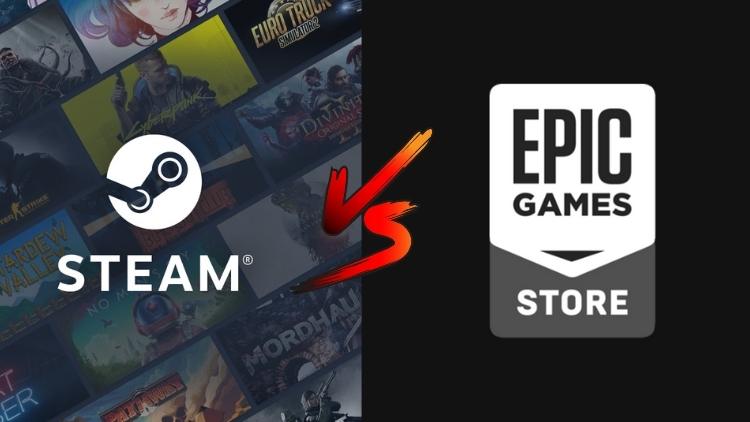 For years Steam has dominated the PC gaming market. But in recent years new sellers started showing up with more competitive business structure. Giving steam the run for its money. And emerging Epic Games Store is striving for big leagues. Let’s have a look on Steam vs Epic Store, and who offers the best value for everyone.

Sometimes Massive ones. Sales which can go up to 80 or even 90 percent in some games. Players can find latest game titles at 50 percent discount as well. Which makes steam a value for money store.

Discounts in Epic store are just as good as Steam. But Epic has one thing more to offer. And that is coupons. Before start of almost any sale Epic Store gives buyers with discount coupons. And these coupons can be applied to discounted games as well. This gives the buyer an opportunity to buy one game at the lowest price possible. And even lower than Steam.

These coupons do have a limit. Below a certain cost of cart, they cannot be used.

If any game store has a big community, it is steam. With millions of players part of the community and active forums. The players not only get advantages of a game store but also the community. Whether it be to decide which game to buy or facing an issue with a game, the community has got your back.

Not only does Epic Store not have player’s review section, but it does not even have a public forum of its own. You would expect a massive store such as Epic would have a strong community. But it is sad to see that there is no such option there.

With more than 34,000 games on Steam, it is no exaggeration to say that Steam is the biggest game store with the sheer number of games to choose from. With 100+ developers, Steam single handedly tops this section.

With a decent 471 titles, Epic store too has a lot to choose from but loses a lot against Steam in quantity.

Yes, steam is secured. It is uses the most reliable payment gateways such as PayPal and also provides good security tools to keep your account safe. Even the refund system is easy to use.

Much similar in terms of security and refund to steam. Both the stores are reliable and offer secure services.

With Steam, a good game has a chance to get visibility and players. This generates good profit for Steam and developer. In exchange for this level of benefits, Steam takes a staggering 30 percent cut from developers. This can make indie developers to lose more than gain.

With 88 percent share with the developer, Epic Games Store charges only 12 percent cut from devs. This competitive price structure has given Epic some big advantages. Like Ubisoft, releasing their games only on Ubisoft Connect and Epic Games Store. No new Ubisoft titles including, Assassin’s Creed Valhalla or Watchdogs Legion are in Steam. But they are available on Epic Games Store.

With community, comes categories. Steam is well developed in terms of miscellaneous items. Creating an account in steam itself is part of miscellaneous activity. Players can have custom avatars, frame or even background. These can be bought using Steam Points which players receive upon buying the game. Player can also receive creative stickers and emotes for their chats. These items may or may not be a reference to a famous title.

Then there’s community market. Players can buy or sell in game items or trading cards for real cash in the market. The money is credited to steam wallet for selling an item on market. The money can be used to buy games on steam.

Steam offers Broadcast, to stream and also Workshop where the players can create and publish their content in game.

Epic has its own unique selling idea which has caught attention of many gamers. A weekly free game for players. Yes, Epic game give out free games for players on weekly basis. And not just indie games but big titles like GTA V, or Watchdogs, or even Tomb Raider.

Apart from this, Epic has to offer a news section containing the latest Epic store related news. And Unreal Engine, one of the best AAA game development engine in the market.

In Steam vs Epic Store, Steam is the clear winner. With sheer number of games, strong community, epic discounts and so much more to make player experience the best. Though Epic is gaining popularity. It must do more than just roll out free games. Despite all that, Epic Games Store is best place to get free games.