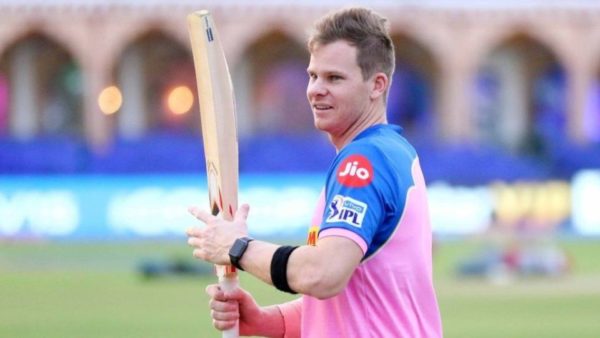 Steve Smith, who was roped in by Delhi Capitals ahead of IPL 2021 has departed for the upcoming season. Smith was released by Rajasthan Royals ahead of IPL 2021 player auction and was snapped up by the 2020 IPL finalists. Meanwhile, the franchise announced Rishabh Pant as the skipper for the upcoming season after Shreyas Iyer was ruled out of IPL 2021 following a shoulder injury. Pant was chosen over the likes of Ravichandran Ashwin, Ajinkya Rahane, Steve Smith and Shikhar Dhawan who had prior experience of lading IPL franchises.

Meanwhile, before leaving for India,  Steve Smith penned an emotional message for his wife Dani Willis. He is travelling with all-rounder and compatriot Moises Henriques, who will play for Punjab Kings in the showpiece event.

“Thanks for seeing me off at the airport @dani_willis I love you and am going to miss you lots! See you soon @delhicapitals,” Smith captioned the post on Instagram.

Meanwhile, Delhi Capitals opening batsman Shikhar Dhawan arrived at the team hotel in Mumbai on Thursday and will be in quarantine for one week.

Delhi Capitals will take on Chennai Super Kings in their first match of the IPL 2021 season, at the Wankhede Stadium, Mumbai on April 10.

Meanwhile, Smith is fighting a personal battle to regain Australia’s Test captaincy. Following his 12-month ban imposed by the ICC for the ball-tampering scandal, Smith was forced to give up any form of captaincy for two years. However, he is all ready to take up the role if its offered to him again.

However, Cricket Australia officials are divided over Smith’s potential return to captaincy. Earlier Australian coach Justin Langer had said that there is no need to tinker with the captains at the moment as both of them are doing a fine job.

“We have two very good captains and two important competitions coming up — an Ashes and a T20 World Cup. Our future looks good. Despite the media chatter there is no captaincy position available,” Langer told ABC.