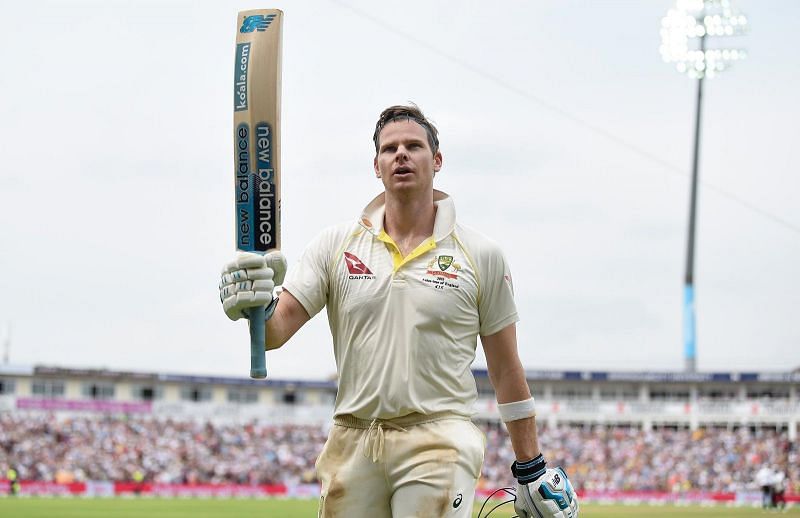 Former Indian skipper Sunil Gavaskar hailed Australian batsman Steve Smith as one of the finest to have ever played the game. The 71-year-old was impressed with the way Smith batted on day one of the third Test at the Sydney Cricket Ground (SCG).

Steve Smith was going through a rough patch of form in the ongoing Border-Gavaskar Trophy, having scored only 10 runs from his first four innings. However, great batsmen always find a way to come back to their very best, and that is exactly what the 31-year-old managed to do.

Speaking to the Sony Sports Network after the end of the day’s play, Sunil Gavaskar explained why he feels Steve Smith is one of the greats of the game. Although he is unorthodox in the way he bats, Smith is mighty effective, and his runs speak volumes about his impact as a batsman.

“He (Steve Smith) is one of the greatest batsmen the world has seen, different method than you would expect, not quite orthodox but consistency and amount of runs he has scored is phenomenal,” the 71-year-old told Sony Networks.

Ravichandran Ashwin was proving to be successful against Steve Smith in the series, having dismissed the Aussie twice already. However, the 31-year-old looked determined from the very first ball not to let the off-spinner dominate him.

Smith used his feet brilliantly and collected a few boundaries off Ashwin’s bowling. He looked comfortable against both pace and spin, not letting the Indian bowlers settle to a particular line or length.

“You can see that from the body language. He was looking to step down the pitch every time Ashwin gave the ball little bit of air and he was quite happy to play the ball towards the on side with the turn, he was leaning more into the drive, so more control over the ball and was keeping it along the ground. Once he got that mid-wicket boundary he got a lot more confident,” Gavaskar asserted.

Steve Smith has already added 60 runs for the third wicket with Marnus Labuschagne, and Australia would be happy to have ended a rain-hit day one on 166-2. The 31-year-old is looking well set, and these are ominous signs for Team India.

While Australia will hope that their two best batsmen occupy the crease for as long as possible, the visitors will need to pick up early wickets on day two to ensure that they are still in the game.