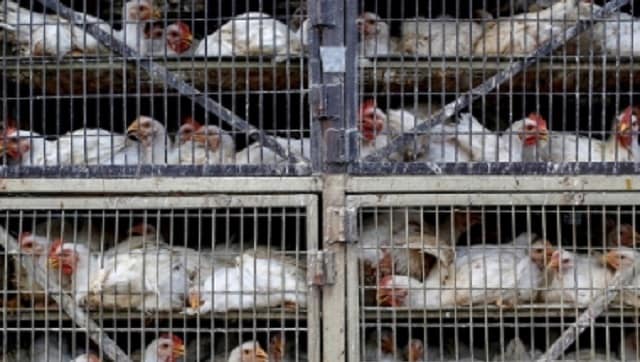 Although animal Husbandry and Dairying Minister Giriraj Singh said there have been no scientific reports on transmission of bird flu to humans and consumers should not be scared, prices and demand for poultry and eggs has fallen in several states. Already reeling from the impact of the novel coronavirus and the subsequent lockdowns, the bird flu outbreak comes as a fresh blow for the poultry industry.

At the beginning of the coronavirus pandemic, the sales and prices of eggs and poultry had similarly dropped due to unsubstantiated rumours that linked chicken to the spread of the coronavirus . As per MoneyControl, the losses during this period were pegged at $1 billion.

With customers drying up, the chain of production of poultry products is already under threat, according to several media reports.

The Indian poultry industry was projected to reach Rs 4,340 billion by 2024, growing at a compounded annual growth rate of 16.2 percent during 2019-2024, according to some estimates. However, if reduced demand due to the avian influenza persists, this target may become increasingly difficult to achieve.

The slump in the poultry industry has a far-reaching impact, as Indians consume 30 crore poultry birds and 900 crore eggs per month on an average. People in a range of occupations, from shop owners to retail suppliers, stand to be affected.

So far, the avian influenza has been reported in 10 states. Delhi, Uttarakhand and Maharashtra on Monday confirmed bird flu cases, adding to the list of seven states — Kerala, Rajasthan, Madhya Pradesh, Himachal Pradesh, Haryana, Gujarat and Uttar Pradesh — which had already reported avian deaths due to the disease.

While states announced several measures including mass culling of poultry, ban on live bird markets and restriction on chicken and related food materials, the Centre asked them not to close mandis or obstruct the sales of poultry products. The Delhi government has imposed a ban on the sale of processed and packaged chicken brought from outside the city.

Animal Husbandry and Dairying Minister Giriraj Singh said there have been no scientific reports on transmission of bird flu to humans and consumers should not be scared.

However, the effects have become visible on the poultry sector in several states.

According to the Indian Express, farmgate prices of broiler chicken have crashed from around Rs 82 to Rs 58 per kg in Maharashtra, Rs 94 to Rs 65 in Gujarat, and Rs 80 to Rs 70 in Tamil Nadu since last Wednesday.

As per an Indian Express report, prices had plunged below the production costs due to apprehensions among consumers last week and Anwesh Patel, president of the Gujarat Broiler Farmers Coordination Committee (GBFCC) had said poultry farming industry also saw a 90 percent dip in sales.   Meat and poultry vendors in Gujarat said that traders were picking up less stock following a sudden drop in the demand.

An estimated 1.3 crore live broiler birds and 20 crore eggs  are sold daily in India on an average, and during the winter season, the numbers can climb to 1.5 crore and 28 to 29 crore . The bird flu scare, however, has led to consumption dropping by 30-40 percent in the last 4-5 days, B Soundararajan, chairman of the Rs 8,700 crore-plus-turnover Suguna Foods Pvt Ltd told the Indian Express.

The share price of poultry products supplier Venkys also slipped more than five percent intraday on 6 January due to fears on reports of the bird flu.

“Consumers are showing some signs of nervousness going by the sales trend over the last two days. We feel consumption has slowed by 10-15 percent,” a poultry retail supplier in Chennai told MoneyControl.

A poultry shop owner from Uttar Pradesh’s Kaiserbagh told MoneyControl that the usually booming business during winter witnessed a 50 percent slump. “We thought of recovering losses suffered during COVID-19 , but with bird flu it seems difficult,” the report quoted him as saying.