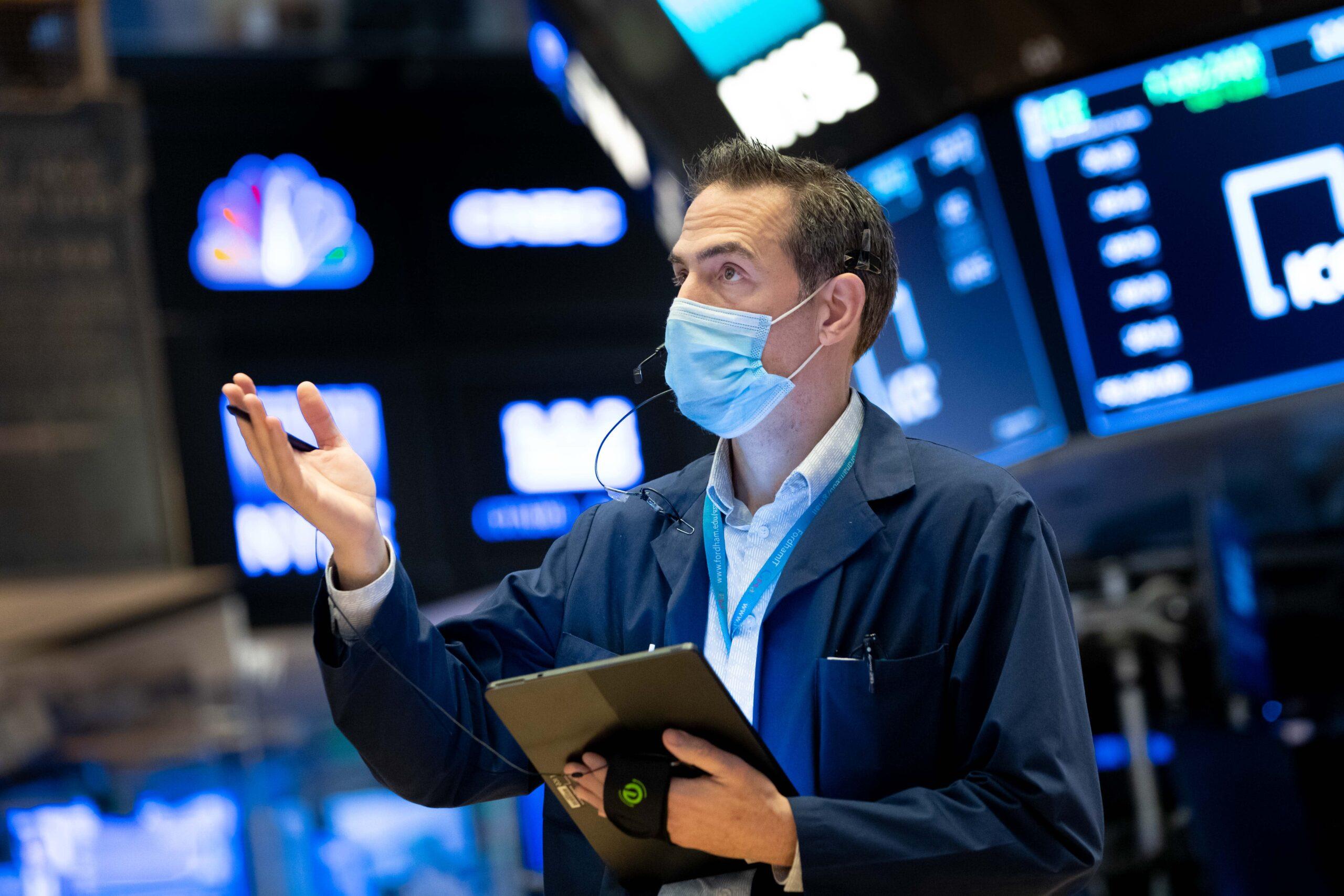 Stocks hovered around the flatline on Wednesday as traders weighed the apparent progress in the U.S. fiscal stimulus talks and disappointing economic data.

The Dow Jones Industrial Average traded higher by just 3 points, or less than 0.1%. The S&P 500 rose 0.2% along with the Nasdaq Composite.

Politico reported Congress was won the brink of a $900 billion rescue deal that would include a new round of direct payments to consumers. However, that package would exclude a liability shield for businesses and state and local aid.

“I’m optimistic that we’re gonna be able to complete an understanding sometime soon,” McConnell said Tuesday night after the meeting.

Schumer said the leaders are “making progress, and hopefully we can come to an agreement soon.”

“Stimulus remains a key focus for the market, as it is the necessary bridge to expansive vaccinations,” Lindsey Bell, Chief Investment Strategist for Ally Invest told clients. “Market participants would like to see a deal sooner rather than later given the expectation for economic data to slow near-term. In the absence of a deal, turbulence could pick up.”

The deadline on stimulus looms amid some of the darkest days of the pandemic. The U.S. is recording at least 215,400 new Covid-19 cases and at least 2,300 virus-related deaths each day, based on a seven-day average calculated by CNBC using Johns Hopkins University data.

Wednesday’s gains were kept in check by a steeper-than-expected drop in U.S. retail sales. The Commerce Department said retail sales fell by 1.1% in November. Economists polled by Dow Jones expected a decline of 0.3%.

“Bottom line, expect a cut to Q4 GDP forecasts after the disappointing sales data,” wrote Peter Boockvar, chief investment officer at Bleakley Advisory Group. “Now that we are on the cusp of handing out more money, that should help in coming months but if things aren’t open, not by much except online.”

Investors also looked ahead to the Federal Reserve releasing its latest statement with projections on the stance of monetary policy on Wednesday afternoon. While the Fed’s long term view is expected to be improved due to the vaccine, the central bank is expected to sound very dovish at the end of its meeting.

Wall Street was coming off a strong session in which the major averages all gained more than 1%.