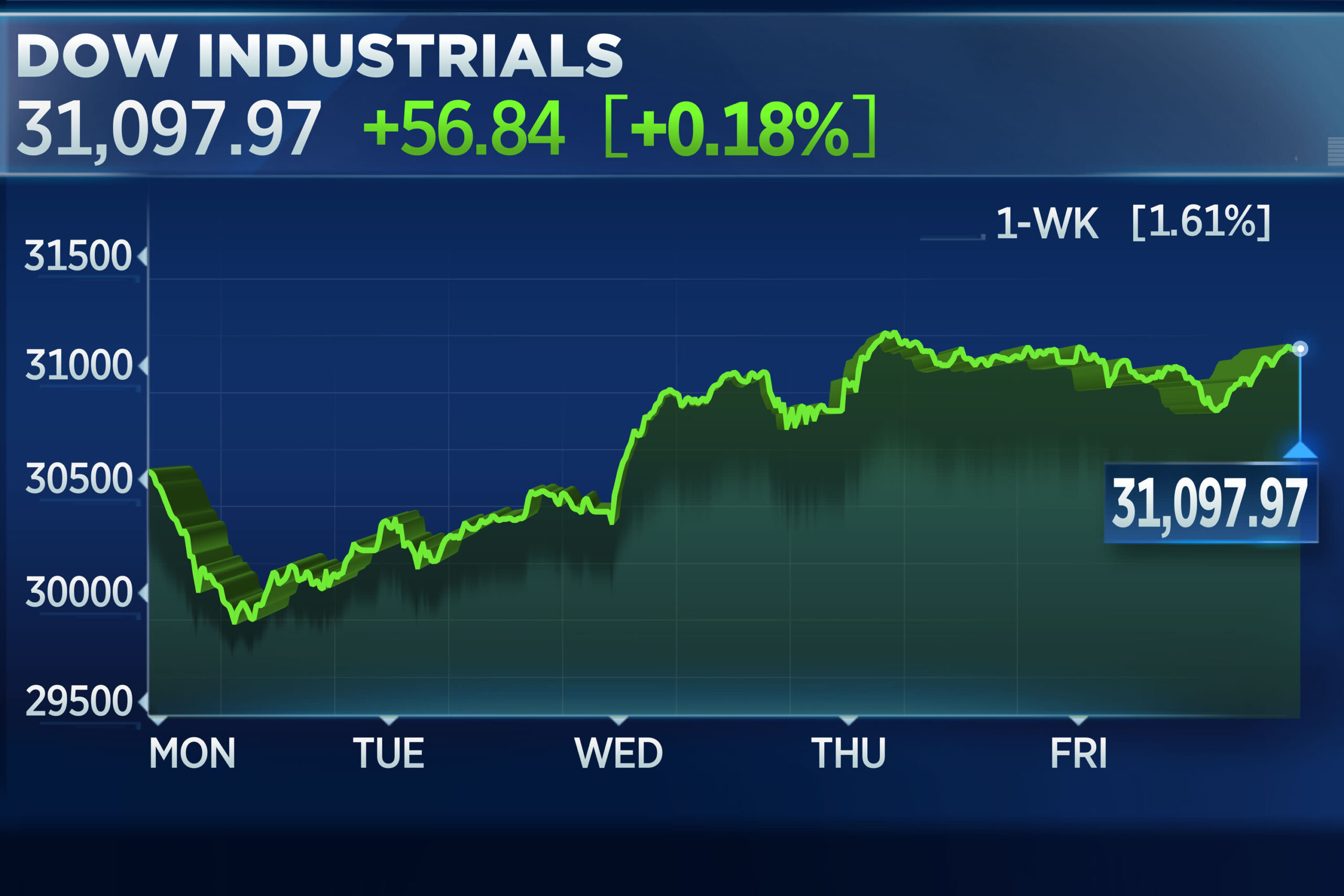 Stocks closed at record highs on Friday to end the first trading week of the year as traders weighed the prospects of new fiscal aid as well as disappointing U.S. jobs data.

Coca-Cola rose 2.2% to lead the Dow higher. The consumer discretionary and real estate sectors each rose more than 1%, lifting the S&P 500. The Nasdaq got a boost from Tesla, which popped 7.8%.

Stocks hit their session lows around 1:40 p.m. ET — with the Dow briefly falling more than 200 points — after Democratic Sen. Joe Manchin told The Washington Post he would “absolutely not” support a round of $2,000 stimulus checks. President-elect Joe Biden had promised to pass a measure for bigger stimulus checks if Democrats secured a Senate majority, which they did earlier this week.

“Sen. Manchin’s comment here is really significant,” Bill Miller, founder of Miller Value Partners, told CNBC’s “The Exchange” on Friday. “People are worried now that the Senate will be controlled by Democrats, which it will be mathematically. But the key is going to be Sen. Manchin from West Virginia, Sen. Collins [from Maine] — the moderates.”

“Nothing is going to get passed if they can’t get the moderates in the Democratic Party, or the Republican Party for that matter, to go along with it,” Miller added.

Manchin’s office then clarified that Manchin was undecided on any future stimulus proposal and was not outright opposed to an aid check of $2,000 for Americans, CNBC’s Kayla Tausche reported. The major averages bounced off their lows on the comments out of Manchin’s office.

For the week, the Dow and S&P 500 each gained more than 1%, while the Nasdaq advanced 2.4%. Those weekly gains come despite the turmoil in Washington, where a riot at the Capitol on Wednesday delayed the procedural congressional confirmation of Biden’s victory.

Stocks started off the new year with a slump on Monday, but the market churned higher as expectations of more government aid increased with Democrats winning two key Senate races in Georgia, according to NBC News projections.

The U.S. economy lost 140,000 jobs in December, the Labor Department said. Economists polled by Dow Jones expected a gain of 50,000.

The unexpected drop in employment came as the recent surge in Covid-19 cases across the country has forced state and local governments to re-take stricter measures to mitigate the outbreak. More than 21.5 million coronavirus cases have now been confirmed in the U.S., according to data from Johns Hopkins University.

“Biden’s team was already going to be pushing for increased fiscal stimulus and the December report provides them w/even more ammunition to make their case (while the Fed may stop thinking aloud about thinking about tapering),” Crisafulli said in a note to clients.

Biden said Friday that a new aid package would be “in the trillions of dollars.”

The benchmark 10-year yield rose to its highest level since March 20, breaking above 1.1%.

—CNBC’s Yun Li and Jesse Pound contributed to this report.