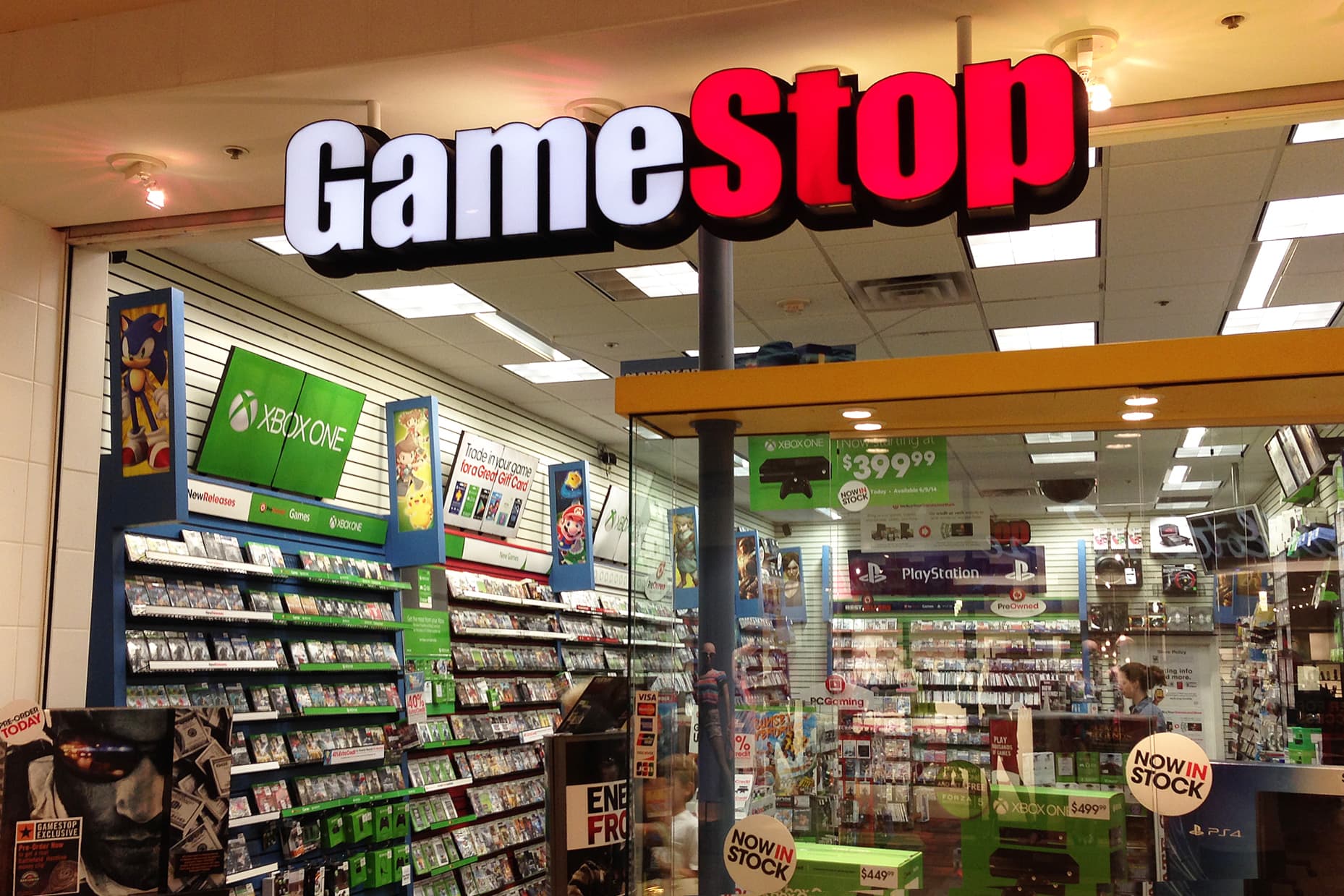 Check out the companies making headlines in midday trading.

GameStop — The gaming retailer’s shares continued their rally, as the stock price more than doubled to surpass $360, up 140%. Retail investors have been driving the share price higher, pushing back against short sellers. Melvin Capital, which was short GameStop, closed out its position Tuesday afternoon, after facing losses.

AMC Entertainment — The movie theater operator enjoyed a 175% boost, starting the day at $20.34, before sliding back to about $15 a share. That’s still a 200% increase from when it closed Tuesday. Trading volume has picked up sharply for AMC Entertainment – more than 689 million shares have exchanged hands today – as retail investors continue to push against short sellers.

Bed Bath & Beyond — Shares of the home merchandise retailer climbed more than 35% past $50, up from their opening price of $42.98. The company has been a favorite of speculative traders, buoyed by small investors betting against short sellers. Bed Bath & Beyond’s stock price has risen in spite of Baird downgrading the company on Wednesday to neutral from outperform.

Microsoft — Shares are up 2% following the tech giant’s strong quarterly earnings. Microsoft revenue grew 17% on an annualized basis due to growth in its cloud business, up from 12% growth in the prior quarter, according to a statement. Microsoft reported earnings per share of $2.03 on revenue of $43.08 billion. Wall Street expected $1.64 per share on revenue of $40.18 billion, according to Refinitiv.

Starbucks — The coffee chain saw its stock drop 5.75% in midday trading after it said Tuesday evening that its U.S. same-store sales fell 5% during its fiscal first quarter amid a surge of new Covid-19 cases. The company also announced that Chief Operating Officer Roz Brewer will be leaving the company at the end of February to become CEO of another publicly traded company.

Advanced Micro Devices — AMD equity dipped 4.8% about halfway through the trading session after it reported on Tuesday profit results just above analyst expectations, with per-share earnings of 52 cents vs. the 47 cents expected. Notwithstanding the beats, Wednesday’s trading left some analysts wondering if investors had hoped for even more from the Santa Clara, Calif.-based chipmaker.

Boeing — Shares of the American plane maker dropped 3% Wednesday morning after the company reported a quarterly loss of $15.25 per share thanks in part to $8.3 billion in charges relating to the 737 Max and a delay in the 777-X program. CEO Dave Calhoun told CNBC on Wednesday that the slow rollout of Covid-19 vaccines will prolong a recovery in travel demand.

F5 Networks — Shares of the application services company fell more than 3% despite beating Wall Street’s estimates for its quarterly earnings. F5 reported earnings of $2.59 per share, compared to the $2.47 per share expected by analysts, according to Refinitiv. The company made $625 million in revenue, in line with expectations.

Brinker International —  Shares of the restaurant company shed more than 7% after Brinker reported results for its fiscal second quarter. The company reported 35 cents in adjusted earnings per share on $761 million in revenue, slightly topping consensus estimates from Refinitiv on both counts. Some analysts pointed out in client notes that the earnings number was boosted by a tax benefit. Brinker said 18% of its Chili’s locations and 31% of its Maggiano’s locations are still closed due to the pandemic.

Anthem — Shares of Anthem fell more than 6% despite beating Wall Street expectations on the top and bottom lines in its fourth quarter report. The insurance company reported $2.54 in earnings per share on $31.82 billion in revenue. Analysts surveyed by Refinitiv had penciled in $2.52 per share and $30.78 billion of revenue. Guidance for earnings in 2021 were lower than expected, however, according to FactSet.