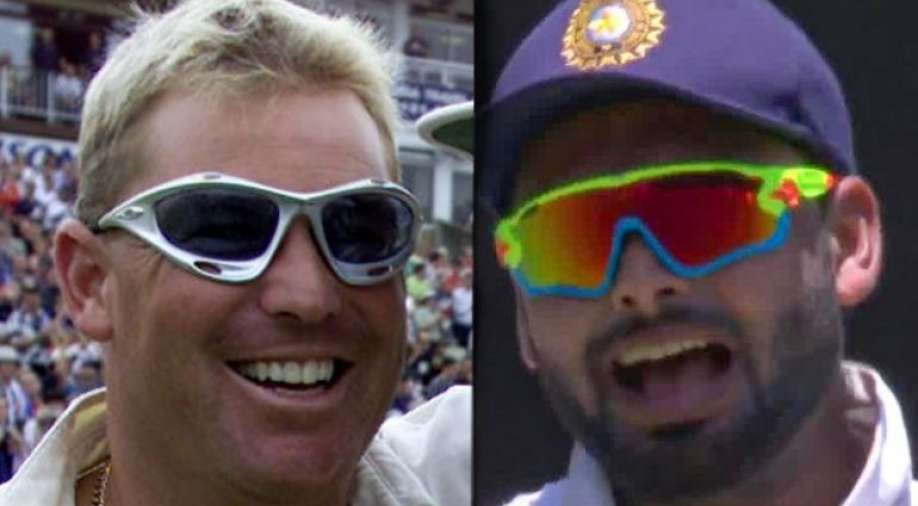 Rishabh Pant is Fast becoming a new favourite of several former Australia cricketers. Especially Shane Warne who has always tagged Pant as a game-changer whenever he has the bat in his hands. The former cricketer is currently commentating during the Brisbane Test was fascinated with new sunglasses of Rishabh Pant.

The team India wicket-keeper was seen rocking freakish shades which were quite similar to what Warne used to flaunt during the 2000s. Pant who is a live wire behind the stumps grabbed the attention of everyone when he wore a multicolour outrageous sunglasses.

The Australian commentators were seen having a laugh and a conversation regarding the fashionable sunglasses of Pant. On the second day’s play of the Brisbane Test, the young wicketkeeper was seen wearing flashy sunglasses. Shane Warne and Kerry O’Keefe couldn’t ignore Pant’s new showy shades and discussed it hilariously. When Warne was asked about Pant’s sunglasses he left everyone in splits when he said it looks like the one straight out of the service station.

“What do you think of those shades that Rishabh Pant is rocking Skull? Straight out of the service station?” Warne asked O’Keeffe. To which O’Keeffe replied. “They are servos aren’t they?”.

Warne: “And he bought flowers as well.

O’Keeffe: “No they are not getting me. You would want them to get scratched so you can just put them in the bin.

Meanwhile, Warne reckoned that the sunglasses are called a Skull which Pant was rocking on day 2 of the Brisbane Test. Shikhar Dhawan was spotted wearing similar shades during the IPL 2020. Warne remembered it and made sure to mention it on air as O’Keefe described it something out of the old movie Slapshot. The two had an entertaining conversation on-air as Pant’s sunglasses grabbed a lot of eyeballs.

O: “I’m not sure what category these ones go into?

W: “You talk about the bin Skull, but look at Shikhar Dhawan rocking there goodness me.

O: “It looks like something out of the old movie Slapshot.

W: “I think he might need a windscreen wipers Skull.”

O: “You could weld in them”