Home EntertainmentHollywood Stranger Things 4: Gaten Matarazzo AKA Dustin On Jim Hopper’s Return: “By The Time We Had Gotten…”

Stranger Things 4: Gaten Matarazzo AKA Dustin On Jim Hopper’s Return: “By The Time We Had Gotten…” 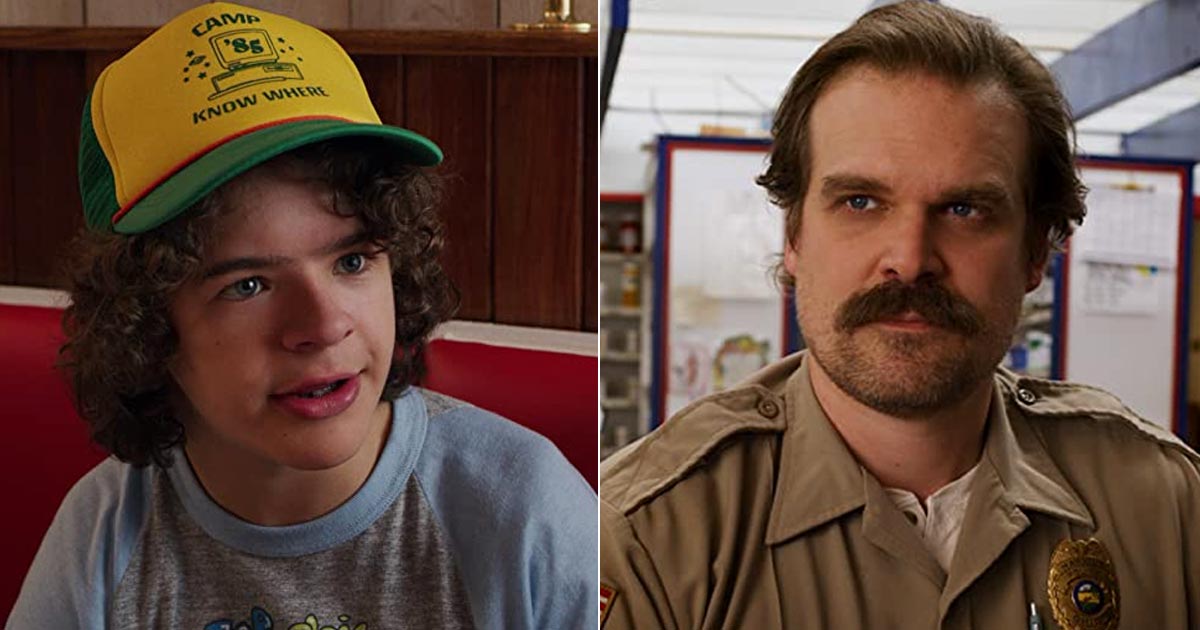 Gaten Matarazzo’s Dustin in Stranger Things is one of the cutest nerds we have seen so far. As the fans wait for season 4 of the much-loved sci-fi, horror and mystery show, the actor has opened up about what they should expect from it.

Stranger Things 4 was expected to hit Netflix in 2020 but got postponed due to the COVID-19 pandemic. But in all good chances, it’s expected to release this year. And Gaten Matarazzo says it’s going to be the scariest of all seasons so far.

“I think most would probably say it’s the scariest (season) out of the previous three, which I love because it’s very fun to film,” said Gaten while talking to US Weekly.

That’s not it! David Harbour aka Jim Hopper’s return is also one of the major reasons people are awaiting season 4. Although it looked like he died by the end of season 3, the teaser of season 4 promised that he is alive. Talking about David’s return, Gaten Matarazzo said, “I guess most of the cast had a pretty good idea that he might be making a return, but they weren’t too sure about it from the beginning,”

“By the time we had gotten to the table read (and) we had all started reading together, it had been pretty clear. But it was great to have it confirmed when we saw David there,” he added.

The cast of Stranger Things is currently shooting for Season 4 and a while ago, Gaten Matarazzo, Joe Keery, Sadie Sink and Maya Hawke were spotted in Atlanta. The pictures of the same went crazy viral on the internet in no time.

Are you looking forward to Stranger Things 4? Let us know in the comments section down below. Stay Tuned to Koimoi for more updates on the Netflix show.