Home General Streaming got its first big test against theatrical releases this weekend, and ‘Wonder Woman’ delivered on both

Streaming got its first big test against theatrical releases this weekend, and ‘Wonder Woman’ delivered on both 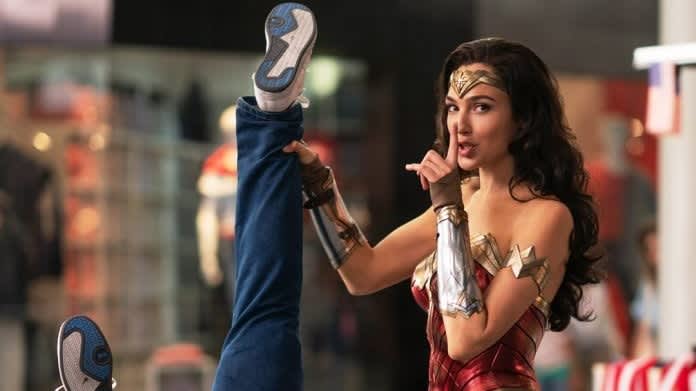 This past weekend provided the first real test for how blockbuster movies perform on streaming services when they’re released in movie theaters at the same time.

AT&T’s WarnerMedia premiered “Wonder Woman 1984” on Christmas Day, the first movie in its experiment to release its films simultaneously in theaters and on HBO Max. The result? “Wonder Woman 1984” set a pandemic theatrical release record with $16.7 million in box office sales in the U.S. and Canada.

The streaming figures were a bit fuzzier.

WarnerMedia didn’t provide precise numbers, saying only that nearly half of its HBO Max retail subscribers streamed the movie on Christmas Day. That makes it difficult to determine exactly how many people watched “Wonder Woman 1984” at home since HBO Max’s retail subscribers only account for the small fraction of people who subscribed to the service directly instead of through their cable provider. (Many cable providers will give you access to HBO Max if you already have a “regular” HBO subscription.)

So was WarnerMedia’s experiment successful? That’s tough to say definitively. It’s a sample size of one movie, and we’re forced to work with limited data from the company. But at the very least, we have some good evidence that there’s plenty of pent-up demand for popcorn flicks.

Let’s break down what this all means:

WarnerMedia was careful not to disclose too much about how “Wonder Woman 1984” performed on streaming.

When the company made its bold announcement earlier this month, directors and producers in the industry immediately pushed back. Patty Jenkins, who directed both “Wonder Woman” movies, implied in an interview with The New York Times that she wouldn’t direct a third installment without a guarantee that it will launch in theaters. (Jenkins apparently got what she wanted, and WarnerMedia announced Sunday that she’ll write and direct the third film in the series.)

By keeping the streaming numbers fuzzy, WarnerMedia was able to simultaneously tout the power of HBO Max, while bragging that it had the most successful theatrical release of the pandemic. That should keep filmmakers somewhat happy that the company isn’t completely giving up on theatrical releases post-pandemic.

The last “retail subscriber” count we have for HBO Max is 3.6 million as of October. In total, HBO Max has 12.6 million subscribers as of early December. So even though WarnerMedia said only half of those retail subscribers watched on Christmas Day, there are millions more households who likely streamed the movie on top of that.

Rich Greenfield, a media analyst at LightShed, said on Twitter that “Wonder Woman 1984” was likely seen by more people in the U.S. than the first movie, which was released in theaters in 2017. That’s assuming the average household had multiple people watching together.

There’s pent-up demand to go to the theater.

Even in the middle of the pandemic, the “Wonder Woman 1984” theatrical release proved there was still a hunger for people to return to theaters to see a major superhero movie. That should delight theater chains like AMC as they prepare for a post-pandemic schedule later in 2021. The sales figures WarnerMedia released over the weekend paled in comparison to what they would’ve been in normal times, but still proved people will show up when and where it’s safe to do so.

Don’t sleep on the other major movie release over Christmas weekend.

Disney also released its newest Pixar animated movie “Soul” on Disney+ on Christmas Day. The film was originally supposed to launch in theaters, but it shifted to Disney+ instead. This is all part of Disney’s hybrid release strategy as it balances its profitable theatrical releases from franchises like Marvel and Star Wars with the pressure to keep growing its streaming business. (Disney+’s growth and upcoming slate of content has excited investors more than anything else, pushing the stock to all-time highs.)

Disney hasn’t released any data on how “Soul” performed over the weekend, and we’ll likely never know. The company tested a straight-to-streaming release with “Mulan” early this year, which Disney+ subscribers could watch for a one-time $30 fee. It never said how many people paid up. So far, Disney has been able to appease filmmakers with its targeted release strategy much better than WarnerMedia has.