Home BusinessFinance Stuck in India due to Covid ? Know your tax liability

Stuck in India due to Covid ? Know your tax liability 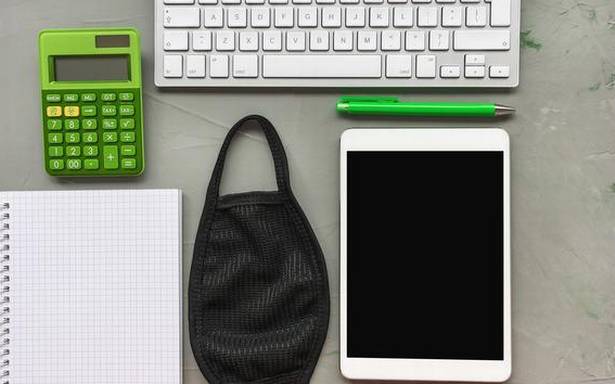 Doubts regarding the residency status of those who are stuck in India during FY21 were expected to be clarified in the Budget. But the Budget was silent on the issue. The Central Board of Direct Taxes (CBDT) has now come out with a circular on this. The long-awaited circular has not changed conditions for determining the residential status, but it has reiterated that the possibility of double taxation is low. If you have been stranded in India and working out of home, here’s what you need to know:

What are the existing rules applicable to determine the residential status as per the Income Tax Act?

If the person is a not a citizen of India or a PIO, then the 120 days in the second scenario above will be replaced with 60 days.

What are the instances wherein one may become the resident of India for the reason of being stranded in the country due to Covid-19?

There could be two main instances wherein an individual may become a resident in India in FY21 (on the back of exceptional situations) due to which income earned may become taxable both in India and abroad.

One, a person of Indian origin working abroad who acquired residence status there but temporarily returned to India because of Covid-19 situation. He may become a resident in India while retaining the residency status of the other country in which she/he is working.

Two, a non-resident visitor to India (perhaps on a holiday or to work for a few weeks) gets stranded here due to the pandemic and attains the resident status here. It is also relevant to note that even in cases wherein an individual became resident in India, he would most likely become not ordinarily resident in India and hence his foreign sourced income shall not be taxable in India unless it is derived from a business controlled in or a profession set up in India.

Does the CBDT circular provide relief on the residency conditions for FY21 to those stranded in the country?

There is no relief provided in terms of period of stay for FY21 for the purpose of residential status. The circular just states that NRIs and foreign nationals stuck in India due to Covid-19 pandemic and facing double taxation in FY21 can submit the details to the income-tax department by March 31.

The circular tries to allay the fear of double taxation — taxability both in abroad and in India – of an income. It says the possibility of double taxation doesn’t exist as per the provisions of Income Tax Act, read with the DTAA (Double Taxation Avoidance Agreement) with each country.

In spite of that, if a particular tax payer suffers from double taxation due to forced stay in India despite complying with the rules in DTAA, he/she shall provide such information online to the Income Tax Department in Form NR annexed with CBDT circular by March 31, 2021 (https://tinyurl.com/taxres21). After examining the case, the tax department decides if any relaxation is required to be given in that case.

Does it mean that you have to worry about taxes if you have worked from India in FY21 for a company incorporated outside the country ?

There is no a straight forward answer. It is possible that a person is stranded in India due to Covid-19 but continued to earn income from the employer abroad by working from home. According to Mukesh Kumar, Director at M2K Advisors, salary earned by an employee for services rendered in India is taxable in India, irrespective of whether the employee is a resident or non-resident.

However, in case of foreign citizens, remuneration received from a foreign entity is exempt if the foreign entity is not engaged in any business in India, the stay of the employee does not exceed certain number of days (say, 183 days as per the India-USA DTAA) in the financial year and such remuneration is not claimed as deduction in India. However, to claim the tax treaty benefit, the employee should obtain tax residency certificate from the other country. However, experts say that obtaining a tax certificate from other country, sometimes, could be a time-consuming and a costly affair.

So, if your income becomes taxable in India, will you get the tax credit if the taxes are already paid on that income abroad?

A resident person in India is entitled to claim credit of the taxes paid in any other country in accordance with the rule 128 of the Income Tax Rules, 1962. This can be done by submitting the withholding tax certificate from the other country or any other supporting document evidencing payment of tax in the other country along with the return of income in India in Form 67. Having said that, if the tax rates in the country in which taxes are already paid are lower than the applicable tax rates in India, the assessee will be liable to pay the balance amount.