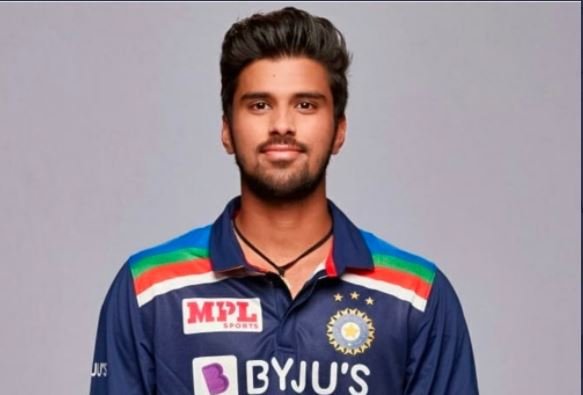 Sunil Gavaskar believes that the team will not drop Washington Sundar from the playing XI despite the all-rounder’s modest returns with the ball in the 1st Test’s loss to Joe Root-led England.

India’s comprehensive loss in the first Test of a four-match series against England at home meant that not only did the series start off in the worst way possible for Virat Kohli-led India but also means they have a lot of work left to do in the forthcoming days.

India needs a 2-1 series win in order to secure their place in the World Test Championship final at Lords against New Zealand and the gap between the first and second Test isn’t a lot as the next Test in Chennai begins on Saturday. However, former India cricketer Sunil Gavaskar is of the opinion that the team doesn’t need to panic just yet.

“What we heard at the press conference, there could be possible just one change. I can’t see too many changes happening because ‘too many changes’ is a sign of panic. And there is no need to panic,” Sunil Gavaskar told Star Sports.

Sunil Gavaskar: Washington Sundar Batted Well And Shouldn’t Be Replaced In 2nd Test, He Should Give Ball Much Air While Bowling

England grabbed the top spot on the WTC table after their famous win at Chepauk while India slipped below New Zealand and Australia for the first time in the competition. Sunil Gavaskar reckons India shouldn’t replace Washington Sundar who showed promise with the bat scoring an unbeaten 85 in 1st innings in only his 2nd Test. But he didn’t pick any wickets despite bowling 27 overs.

“This is a very good team. This team was outplayed and it can happen. Yes, we talked about how the toss was important because you get to bat on good pitches which are much better than on the fourth and the fifth day. So, there could be just one change but Washington Sundar is not going to be that change. Because of the way he has batted.”

Sunil Gavaskar, however, added that the Chennai lad needs to work out how best to bowl in the longest format of the game and not bowl flat as that tactic works only in the shorter formats.

“Maybe, he might get to bowl a little bit more. He is more a T20 type of a bowler because he bowls flat, flat, flat and doesn’t really give the ball much air as Ashwin does,” Sunil Gavaskar added.

“But it’s something that he can always, in the company of Ashwin sitting and talking to him more -both are Chennai boys – learn and can get better at. So, he definitely will be there. Who goes out that, we’ll have to wait and see.”

Washington Sundar, who made an unlikely debut in India’s memorable win at the Gabba against Australia, had shown grit and determination in helping the team recover from 186 for 6 by stitching a 124-run stand with Shardul Thakur. He hit a crucial 62 and followed up with a quickfire 22 in the historic 336-run chase in Brisbane.

India and England will play the second Test in Chennai from Saturday onwards before moving on to Ahmedabad for the final two matches of the series.