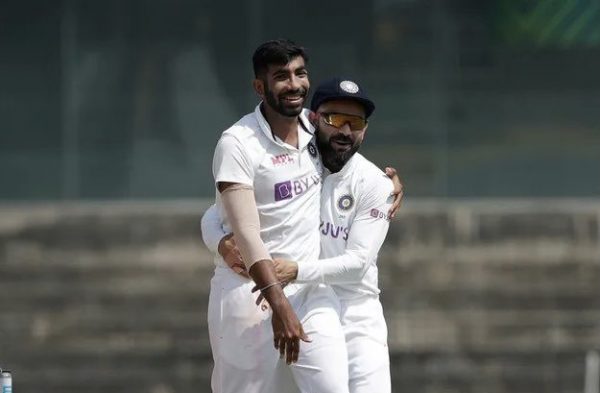 Jasprit Bumrah has been dropped from the second Test in Chennai against England. Virat Kohli has won the toss and opted to bat first. Both teams have made a number of changes. India have included Mohammed Siraj, Kuldeep Yadav and handed Axar Patel a debut. England on the other hand has included Olly Stone, Ben Foakes and Moeen Ali. Bumrah’s absence meanwhile has resulted in different responses.

Sunil Gavaskar and Gautam Gambhir has reacted very differently to the absence of the Indian speedster in the second Test. Gavaskar has blasted Indian skipper Virat Kohli for not including Jasprit Bumrah in the playing XI.

Meanwhile, quite opposite to Gavaskar, Gambhir has backed the team management’s decision to rest Jasprit Bumrah in the second Test and keep him fresh for the third day-night Test in Ahmedabad. Gambhir previously advocated for Bumrah to be rested for the second Test after India lost the first Test.

Also Read: Virat Kohli On The Cusp Of Overtaking Ricky Ponting In Elite List In Second Test vs England

“I think it is a good decision to rest him. He will be ready to go in the pink-ball Test match. There is nothing for the fast bowlers here and he has bowled a lot of overs in Australia and the first Test match, so I think it was a very good decision from the team management’s point of view” said Gambhir to Cricket Live on Star Sports.

Meanwhile, Indian skipper Virat Kohli won the toss and opted to bat first. Shubman Gill was dismissed in the very second over of the Indian innings by Olly Stone to be jolted early in the game.