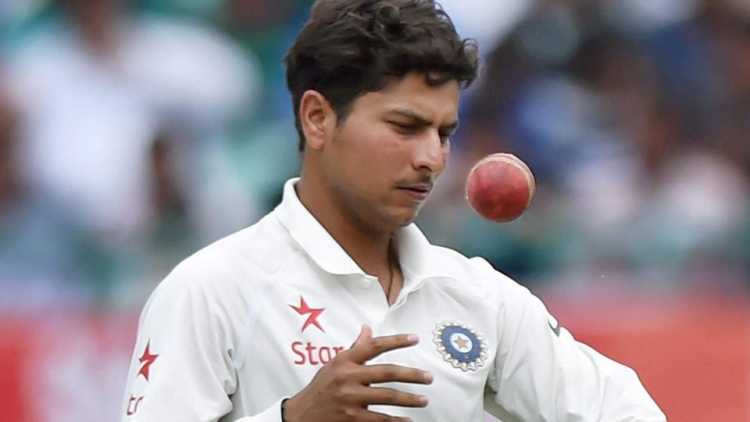 Sunil Gavaskar, the former Indian cricketer, reckons that India should field Kuldeep Yadav in the second Test against England, starting February 13 at the MA Chidambaram Stadium in Chennai.

Kuldeep Yadav hasn’t played a Test for over two years and the fact that he didn’t play the opening Test at the Chepauk despite the hosts fielding three spinners in Ravi Ashwin, Shahbaz Nadeem, and Washington Sundar which raised a lot of eyebrows.

Sunil Gavaskar: In The Hindsight, India Could Have Included Kuldeep Yadav Which Should Have Given A Bit More Variety

Sunil Gavaskar feels that the Indian spin-bowling attack needs a bit of variety and playing both Ravi Ashwin and Washington Sundar may be sensible.

“Maybe in the hindsight, they could have included Kuldeep Yadav a bit of variety. Because you have two off-spinners Washington Sundar and Ravichandran Ashwin,” Gavaskar was quoted as saying on Star Sports.

Experts criticized Kuldeep Yadav’s axe as former India cricketer Deep Dasgupta felt that there was ‘an opportunity’ to field Kuldeep Yadav in the playing XI as Axar Patel was unfit for the 1st Test.

Harbhajan Singh, veteran off-spinner was surprised by the decision as he pointed out that having a left-arm wrist-spinner could have added a different dimension to India’s spin attack and mentioned that such a treatment could be extremely hazardous for a player’s confidence besides stressing that in the last two Tests that he played he picked 5 wicket hauls.

Sunil Gavaskar: Shahbaz Nadeem Got Just A Little Bit Nervous As He Overstepped Due To Anxiousness

The veteran also said that off-spinner Shahbaz Nadeem had butterflies in his tummy as he bowled nine no-balls in the 59 overs the left-arm spinner bowled picking only 4 scalps-two in each innings.

Moreover, legendary Sunil Gavaskar expressed concerns over premier off-spinner Ravi Ashwin as the latter also bowled a few no-balls. Ravi Ashwin, however, was India’s standout bowler as he picked up nine wickets, including a six-wicket haul in the second innings.

“Maybe they will bring Kuldeep Yadav for the next Test in place of Nadeem or Washington Sundar, whoever it is. But they need to look at dismissing England for lesser than what they scored this around. I think, Shahbaz Nadeem got just a little bit nervous.”

“I’m not even talking about the way he bowls but the no-balls it’s always an indication that the bowler is a little too anxious. And particularly spinner anxious to get it going. And when that happens, you tend to overstep. It happened with Ashwin as well. After a long time, he bowled a no-ball. So yes, those are the areas India need to look at,” Sunil Gavaskar added.

Washington Sundar, on the other hand, couldn’t pick up a single wicket in 27 overs. But he turned up with an unbeaten 85 with the bat in the first innings, albeit he couldn’t open his account in the second. India lost the opening Test by a mammoth margin of 227 runs.

The 26-year-old spinner Kuldeep Yadav hasn’t played a single Test match since the one against Australia in January 2019. He debuted in Tests in 2017 but has featured in only 6 Tests where he picked 24 scalps averaging 24.12.