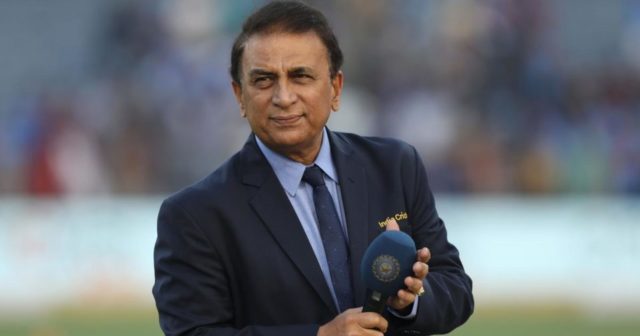 Ishant Sharma got to 300 Test wickets as India lost the first Test against England in Chennai. He started the match with 297 wickets and got three wickets in the match to get to the landmark. Meanwhile, despite his efforts with the ball, England beat India by 227 runs as their batters could not quite get the job done. Ishant made a comeback to the Indian Test side after missing out on the Australis series with a side strain. He previously missed the IPL as well due to the same reason.

Meanwhile, former Indian skipper Sunil Gavaskar was a happy man after Ishant go to his landmark. Gavaskar has highlighted the changes that the lanky speedster has made in his bowling.

“He’s bowling a lot further. He was earlier on bowling maybe around 18 inches shorter and so, therefore, was going past the outside edge, beating the batsmen. It was all looking very good but in the wickets column he wasn’t actually showing results,” Gavaskar said to Star Sports during the tea interval on Day 4 of the first Test against Chennai.

“Now that he’s started doing that in the last 2-3 years, this the kind of dismissals he gets – LBW, with the ball keeping low. The further you bowl, the more you get the opportunity to make the bowl move in the air or off the pitch”Gavaskar further said.

Ishant Sharma is approaching yet another landmark. He is two shy of playing 100 Test matches for India. By doing this he will join an elite group of players notching up this feat. he will be the second Indian pacer to play 100 tests after Kapil Dev.

Earlier, he became the sixth Indian bowler to get to 300 Test wickets. he joins the likes of Zaheer Khan, Harbhajan Singh, Anil Kumble and his current Indian teammate Ravichandran Ashwin all with above 300 wickets to their names. Dan Lawrence was Ishant’s 300th victim in Test cricket.

Also Read: Ishant Sharma Drops An Update On His Fitness After Getting To 300 Test Wickets