Sunny Leone shares a sneak-peek of Splitsvilla team’s diet chart on the show’s set; Read on… 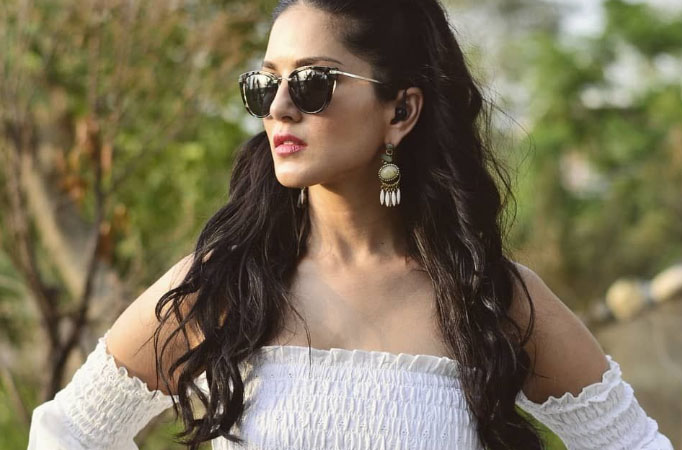 MUMBAI: On Wednesday morning, Sunny Leone took to Instagram and dropped a video in which she showed what the team of Splitsvilla eats on the sets.

In the 1-minute 42-second clip, Sunny first revealed that she doesn’t eat meat. She quipped that people like a lot of fish and hence it’s almost gone. She held a huge plate in her hand and showed off the pineapple pastries as well.

In the latter part of the video, Sunny Leone told the person who was shooting the video that she came here for the Aaloo (potatoes), but there was nothing left for her.

Sharing the same on Instagram, she wrote, “Food Review. A sneak-peek into what Team Splitsvilla eats on sets.”. Sunny was seen sporting a neon tank top and teamed her attire with denim. She also had her mike attacked to her attire and looked like she had just taken her lunch break.

Checkout the video below:

The 13th season of Splitsvilla is all set to air from February 2021. Sunny Leone will be seen alongside her co-host, Rannvijay Singha. The duo recently teased fans with a fun picture and spoke about the start of their shoot schedule for the same.

Also Read: Lahore Confidential: Here is what Richa Chadda has revealed on his character in this spy thriller

The team is currently shooting in Poovar Island, Kerala. Sharing a glimpse, Rannvijay wrote, “We are all set… the madness of Splitsvilla is about to begin.”. Sunny also shared many BTS videos in which she was seen playing football and cricket with her team.

As of now, the Splitsvilla team has only revealed a few names of the contestants on the show.

On the work front, Sunny recently began shooting for her upcoming movie, Anamika, helmed by Vikram Bhatt. “Watch and see the story unfold with the beautiful Sonnalli Seygall.”, she wrote. For the movie, she is practising ‘boxing’ and went through tedious training sessions. She also penned a note for her trainer who made her look amazing and made her do the things that are too dangerous.

Apart from this, she was also seen in the MX Original Series, Bullets, in which she played the role of Tina. Speaking about her character, she wrote, “Tina makes everything simple.”.