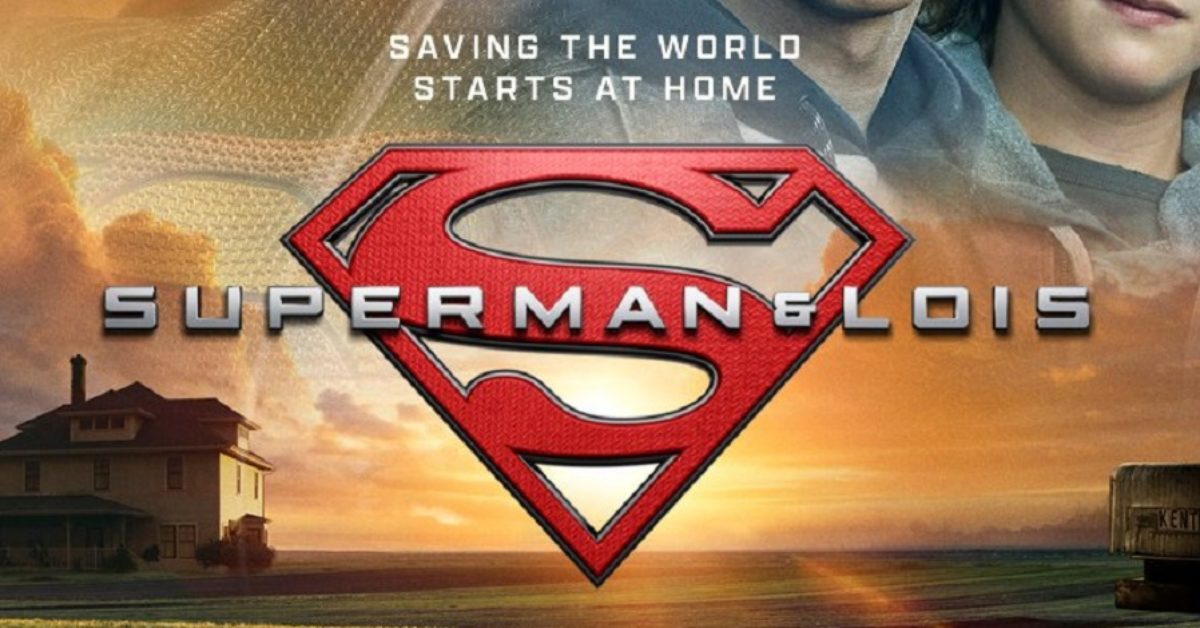 The CW’s Tyler Hoechlin and Elizabeth Tulloch-starring Superman & Lois is ready to leap tall viewers in a single bound with a two-hour series premiere set to stick a sweet superhero landing on Tuesday, February 23 (a 90-minute first episode beginning at 8 pm ET/PT, followed by Superman & Lois: Legacy of Hope- featuring sneak previews and interviews with the cast as well as special guests discussing The Man of Steel’s legacy). Now we’re getting a look at the first official poster/key art for the series- and it’s one that backs-up the trailer’s theme of the importance of being a hero at home while also being a hero for the world.

Last week, The CW released the first official trailer for the series that gave viewers a better sense of the all-too-real hardships that Hoechlin’s Clark Kent aka Superman and Tulloch’s Lois Lane have to go through to save the world and raise two kids in it without screwing them up: Jordan Elsass‘ Jonathan Kent and  Alexander Garfin‘s Jordan Kent- who are about to learn something new about their Dad. We also get a look at Dylan Walsh‘s General Samuel Lane offering Clark some sobering advice and Emmanuelle Chriqui‘s Lana Lang- and at a Clark who wouldn’t mind a drink or thirty. Here’s your look at Superman & Lois, set to leap tall buildings in a single bound on February 23 with a two-hour premiere event:

The CW’s Superman & Lois stars Tyler Hoechlin as Clark Kent aka Superman, Elizabeth Tulloch as Lois Lane, Jordan Elsass as Jonathan Kent, Alexander Garfin as Jordan Kent, Dylan Walsh as Samuel Lane, Emmanuelle Chriqui as Lana Lang, Erik Valdez as Kyle Cushing, Wolé Parks as the Stranger, Inde Navarrette as Sarah Cushing, Sofia Hasmik as Chrissy Beppo, Stacey Farber as Leslie Larr, and Adam Rayner as Morgan Edge. Based on the characters from DC created by Jerry Siegel and Joe Shuster, Superman & Lois is written and executive produced by Todd Helbing (The Flash) and executive produced by Greg Berlanti, Sarah Schechter, and Geoff Johns. The series is from Berlanti Productions in association with Warner Bros. Television. Lee Toland Krieger directs the pilot from a story by  Berlanti and Helbing, with a teleplay by Helbing.