Home EntertainmentHollywood Supermodel Cindy Crawford: “Used To Get Annoyed When Kate Moss Would Be Eating A Burger With Fries & Smoking A Cigarette”

Supermodel Cindy Crawford: “Used To Get Annoyed When Kate Moss Would Be Eating A Burger With Fries & Smoking A Cigarette” 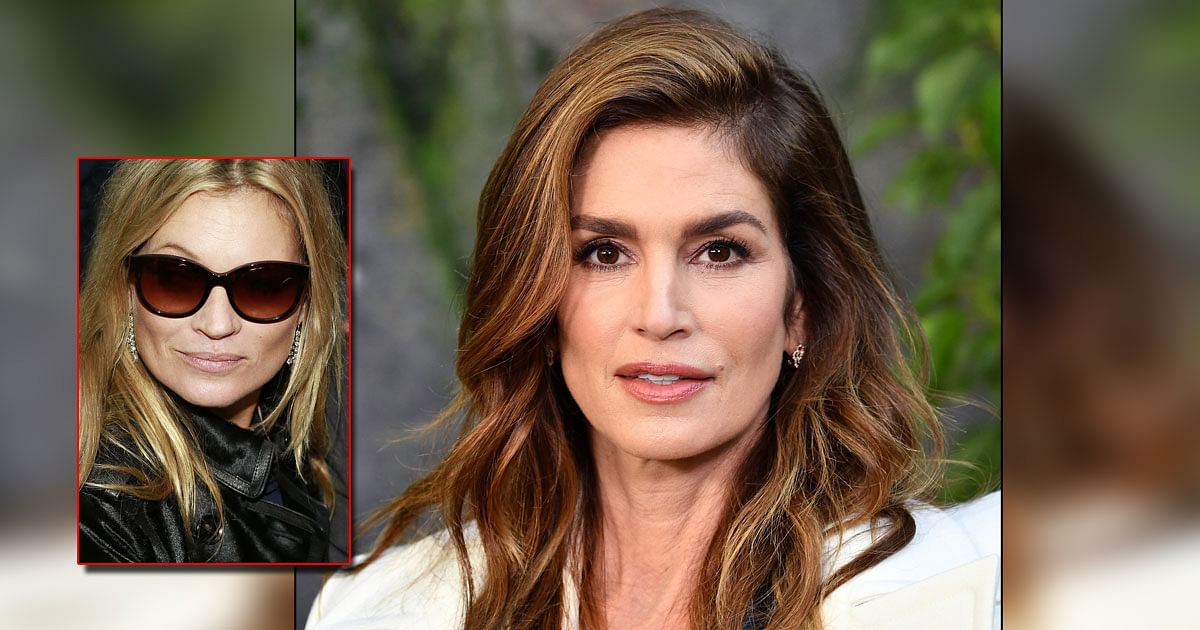 Cindy Crawford is one of the biggest names in the modelling world. The 54-year-old diva literally ruled the 80s and 90s era with her modelling gigs. The model turned actor is now discussing the change in her eating habits and n*de shots in her entire career and revealed that she hated Kate Moss for eating burgers with fries and smoking a cigarette!

That model body, we all see, takes a lot of effort to maintain than we all think unless you’re a natural at that. We have all seen how Gigi Hadid, Kendall Jenner and Hailey Bieber advocate healthy eating to their fans.

In an interview with Red Magazine, Cindy Crawford revealed the eating habits she has changed over the years and said, “I don’t like the word “diet”, but I still choose to eat well.”

The 54-year-old model continued, “I was never one of the people who could eat what I wanted – even I used to get annoyed when Kate Moss would be eating a burger and fries and smoking a cigarette!”

Cindy Crawford added, “When I moved to New York, I knew I was going to have to change the way I ate or I wouldn’t be able to get into the clothes – and, by the way, the clothes were much bigger then than the sample sizes now. But the way I’ve exercised has changed. In my 20s, I would work out hard and flop down on the couch.”

The supermodel couldn’t have the same diet after having kids and said, “Then, I had little kids and realised my workouts couldn’t tire me any more, they actually had to energise me instead.”

“Now my goal is not to get hurt. So, I have added a lot more stretching and Pilates, and I don’t feel as compelled to do those tough workouts any more,” Cindy Crawford added.

Talking about her n*de shoots, Crawford revealed that she was only comfortable doing them if she wasn’t pressurised and said, “’I have done a lot of nudes and swimsuit shoots, but the ones you regret are the times you feel pressured in the moment.”

“When I did Playboy with Herb Ritts, I felt totally comfortable. I could have killed the whole shoot if I wanted and that allowed me to do it in a way that felt safe,” Cindy Crawford said.

The supermodel continued, “But there were times when I haven’t felt I had a voice. I did the Sports Illustrated swimsuit issue early in my career and the woman overseeing it was very controlling. I remember getting to Thailand and she wanted me to wear a turban for the first shot. At the time, I thought, I am not sure the guys who read Sports Illustrated think that turbans are very sexy, and I voiced that, and she did not like it.”

“I ended up only having one small picture in the magazine. I thought, “Wow, I’m being reprimanded for speaking my mind – I’m not really down with that,” she concluded.

Must Read: Jennifer Lopez’s Super Bowl Performance Is Like A Triple Crown In Baseball, ‘Proud’ Alex Rodriguez Compliments His Fiancée