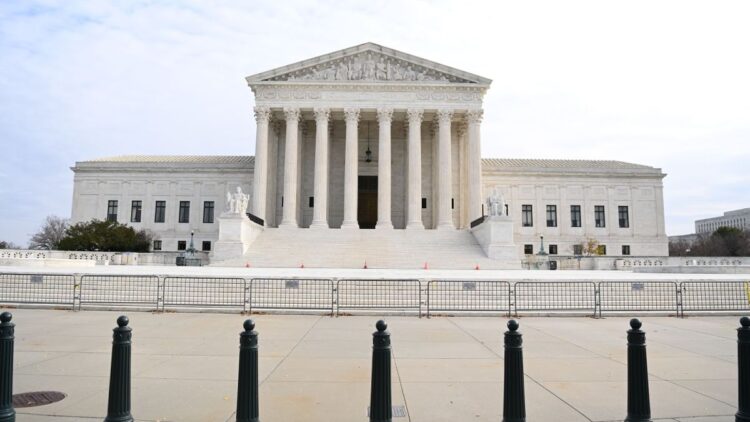 It’s the final day of March and madness continues — not in Indiana or Texas, but in Washington, D.C. Today, the Supreme Court heard an argument on college athlete compensation and… it didn’t seem to go all that well for the NCAA.

If you missed it, you can check it out on C-SPAN. The debate is an hour-and-a-half audiostream and, I know that sounds a riveting way to consume content, but in case you’re short on time, we’ve got you covered here.

The issue on the table was NCAA v. Alston, where SCOTUS heard arguments over NCAA athlete payment and benefits. Seth Waxman, attorney for the NCAA, was up first. And all the best highlight reel-stuff happened in his time.

As you’re about to see, most the justices, even the ones you might not like, smelled some Grade A B.S. coming from the 501c3.

And… it is odd. In fact, in most states, the highest paid state employee is a college football coach. If you find yourself agreeing with Thomas, well, you’re not alone.

Then, we had Waxman make a comment you’d expect someone who represents the NCAA to make but you’re still disappointed when the words actually come out of their mouth:

Since when does the NCAA care about academics? The teams in both Final Fours have been away from their respective campuses for nearly a month now. I’m sure a lot of learning is happening in the Bubble and on game days during these very “normal” weeks!

Narrator voice: It can’t be defended.

Kavanaugh was up later. He told Waxman, “schools are conspiring with competitors — agreeing with competitors… to pay no salaries to the workers who are making the schools billions of dollars on the theory that consumers want the schools to pay their workers nothing. And that just seems entirely circular and even somewhat disturbing.”

It doesn’t seem to bode well for the NCAA that some of the most conservative members of the 6-3 court are this skeptical. And if any Justice dissents in this case it could be Breyer, who sounded sympathetic to the allure of “amateurism.”

Who knows what the outcome will be. But questions from SCOTUS justices often belie where they feel weaknesses are in arguments. We’ll have to wait for a decision in the months to come, but, at a minimum, the NCAA had some holes exposed in their logic today.