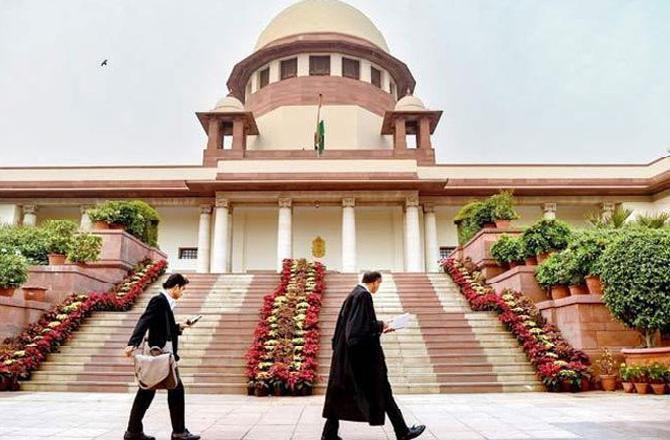 The Supreme Court on Tuesday contemplated a mechanism to preserve CCTV footage for more than 45 days and the integration of audio in it, as it reserved its orders in a matter pertaining to the installation of CCTVs in police stations across the country.

A bench comprising Justices R.F. Nariman, K.M. Joseph and Aniruddha Bose said that CCTV camera mechanisms automatically delete anything beyond 45 days and attempts should be made to report immediately if there is an atrocity.

“There should be an attempt to preserve the footage. Presence of citizens and NHRC members in Committee will be taken up in future orders. Now we will lay down the basics,” it said.

The bench also asked senior advocate Siddhartha Dave, the amicus curiae in the matter, to submit a comprehensive note by Friday, chalking out issues in connection with preservation of CCTV footage for more than 45 days and also on the aspect of integration of audio into the footage.

The top court, in 2018, had directed installation of CCTVs in every police station in the country against the backdrop of rising custodial torture. Dave informed the bench that 15 states have filed affidavits on compliance of directions.

The top court had revived the matter, after an incident of alleged police excesses took place in Punjab. Attorney General K.K. Venugopal and Dave were appointed to prepare a report on steps which should be taken.

The bench noted that additional affidavits were required to bring on record total number of police stations in each district and also affix the responsibility of an individual to ensure that the CCTVs were functioning.

The AG submitted Internet should be provided in rural areas, which is required for the CCTVs and states should ensure electricity and internet is available in all police stations.

The bench noted that it is on police atrocities and an oversight committee to examine the CCTV footage to take immediate action. After a detailed hearing in the matter, the top court reserved its verdict.

The top court was hearing a plea filed by Paramvir Singh Saini, which raised issues with audio-video recording of statements and installation of CCTVs in police stations.

The Suicide Squad’s second trailer shows off new footage, including more of Bloodsport and...

Court of Arbitration for Sport to hear Sun Yang’s doping case on 24-28 May...