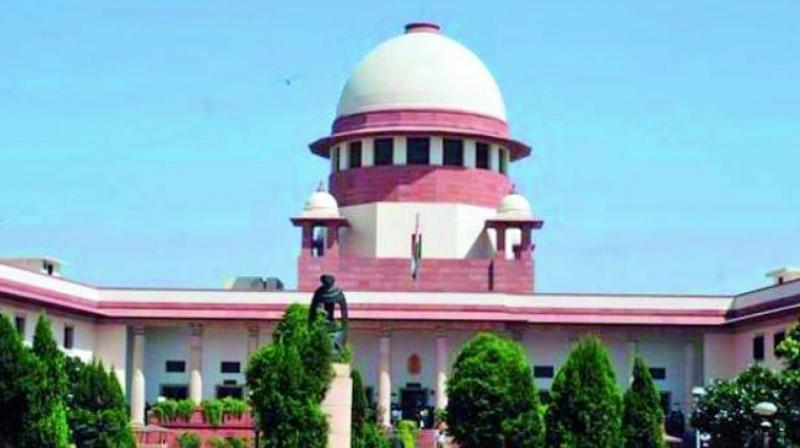 Vijayawada: The Supreme Court on Friday stayed the order issued by the AP High Court asking the Andhra Pradesh government whether there was breakdown of constitutional machinery in the state.

A bench headed by Chief Justice of India S.A. Bobde observed that they had not seen any order issued like this by the AP High Court in any case and the apex court found it to be disturbing. Justice Bobde directed issue of notice and stay and ordered the registry to list the case after the Supreme Court vacation.

Solicitor General Tushar Mehta, arguing for the AP government, said that the power to examine whether constitutional machinery had broken down or not was vested with the executive and not with the judiciary.

It may be mentioned that a AP HC division bench led by Justice Rakesh Kumar had rejected an application filed by the AP government asking for recall of its October 1 to examine the breakdown of constitutional machinery in the state. The AP HC while hearing habeas corpus petitions on that day asked the state government’s counsel to come prepared to assist the court to record the finding whether there was a constitutional breakdown in the state or not.

In response, the AP government had challenged the order, contending that it impinges on the doctrine of separation of powers. It is the President who is empowered to go into the question of breakdown of constitutional machinery under Article 356 and not the judiciary.

The petition filed by advocate Mahfouz Nazki said that under the constitutional framework, it is not for the courts to decide as to whether there is a constitutional breakdown in a state or not.

On Friday, the AP High Court adjourned the hearing on the issue following the Supreme Court stay order.

When the High Court division bench comprising justice Rakesh Kumar and Justice Umadevi continued the hearing on the issue earlier in the day, government pleader Y.N. Vivekananda informed the court that the government had appealed in the Supreme Court.

As Justice Rakesh Kumar expressed his intent to continue the hearing in the afternoon, government senior counsel C.V. Mohan Reddy asked the court to adjourn the hearing to Monday as he was having some personal issue. The court ruled it out.