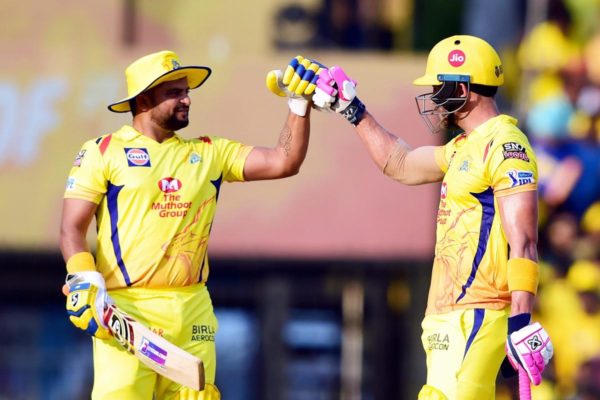 With the 14th edition of the Indian Premier League (IPL) round the corner, Chennai Super Kings stalwart Suresh Raina is in his final round of training before joining the teammates at the MA Chidambaram Stadium in Chennai. Ahead of the reunion, Raina has promised his teammate and former South Africa captain Faf du Plessis a gift when they meet during the T20 extravaganza.

Incidentally, Raina had skipped IPL 2020 in the UAE owing to personal reasons. He landed in the UAE and started quarantine before deciding to come back to the country amid the growing concerns over coronavirus. There were rumours that Chennai Super Kings have terminated their contract with Suresh Raina, but they rubbished all such claims retaining him ahead of the IPL 2021 auction.

As he trains hard to prepare for the cash-rich league, Raina shared a workout video on social media and said that the CSK legend is all set to join the Dhoni-led side for the IPL 2021. Incidentally, the Super Kings have already begun their training as skipper MS Dhoni has joined the session along with a few other international stars.

Suresh Raina has a special gift for Faf du Plessis

IPL 2021: 3 Players Who Can Replace Jofra Archer At Rajasthan Royals

Meanwhile, Chennai Super Kings recorded their worst season in the 2020 edition. Without the services of key campaigner Suresh Raina, the three-time champions failed to make it to the playoffs of the cash-rich league for the first time since the tournament’s inception. They will look to put up a brave show in IPL 2021 and have added six players at the IPL auction last month.

While England all-rounder Moeen Ali was roped in by CSK for INR 7 crore, off-spinner Krishnappa Gowtham joined CSK for INR 9.25 crore. Veteran Indian batsman Cheteshwar Pujara will also play for the Dhoni-led side in the next season of the IPL.