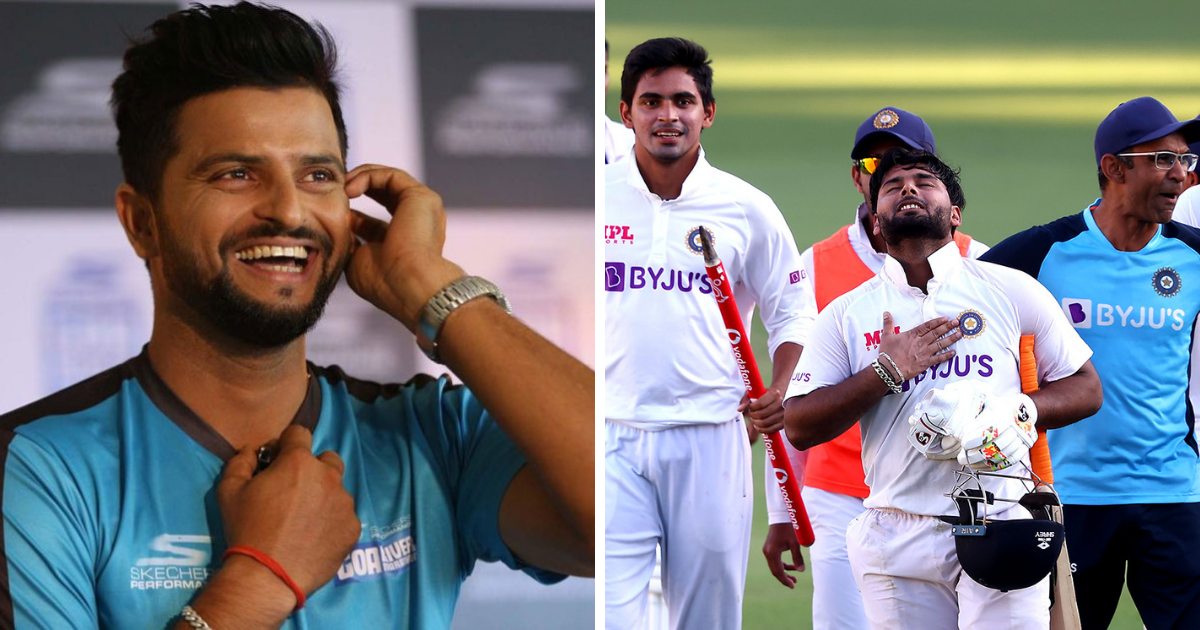 Rishabh Pant’s match-winning knock at the Gabba to win the Border-Gavaskar Trophy for a consecutive time will go down in the history books. Former India cricketer Suresh Raina recalled Pant’s words after he guided his side to a three-wicket win in a mouth-watering clash against Australia.

Incidentally, Pant remained unbeaten on 89 runs from 138 deliveries including nine boundaries and one six to guide India to a historic win. After Shubman Gill and Cheteshwar Pujara lay the platform, Rishabh Pant batted with the tailenders to take his side over the rope.

Also Read: We Treated it As A Three-Match Series After Adelaide Loss: Ravindra Jadeja

“Bhaiya, I want to be the best wicket-keeper batsman in the world,” Pant had told Suresh Raina, who revealed during a chat with Cricbuzz.

“I really didn’t have much to do with it. He is a young cricketer bursting with talent who in my view is set to become a great player for India. Back in June, he’d just come off a not so good time with the bat. There was a lot of talk about him. So, he just wanted a break from it all, from the media and from everything. All he wanted me to do was listen. He wasn’t looking for me to give anything, forget a solution,” Suresh Raina added.

Meanwhile, ever since Rishabh Pant broke into the scene, he drew comparisons with MS Dhoni – who is arguably the best wicket-keeper batsman to play the game. The youngster from Delhi although is yet to live up to the expectations but Pant has shown signs that he can fill in the footsteps of the former India skipper.

After finishing the Border-Gavaskar Trophy as the highest run-scorer with 274 runs including two half-centuries, Pant will hope to keep up his excellent run against England in the four-match series which starts from February 5.