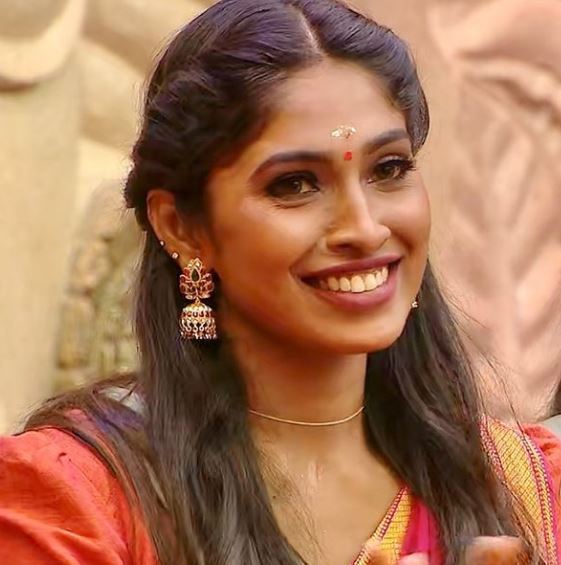 Before entering the Bigg Boss Tamil 5, she was working as assistant manager of operations and sales at Cholamandalam Investment and Fianance Company Limited. She is a graduate by education.

Suruthi entered the Bigg Boss house on the grand premier day, 3rd October 2021. In the first week, during Oru Kadhai Sollattuma task, each and every contestant had to share their life journey to which other contestants had to response to their story through emojis such as like, dislike, heart. Suruthi also narrated her story as the part of the task. She revealed that her mother is the second wife of her father. Her mother got married at the age of 18 to her father, who was in his 50’s at the time of the marriage. Her father married her mother after the death of first wife, to fulfill the desires of her parents, her mother got married to him. She further added that the age difference between her mother and father was so huge that the age of her father and maternal grandfather was almost the same. Her step-brothers and sisters were even older than her mother.

Suruthi further revealed that, when her mother got pregnant, her father was not interested in the unborn child, as he already had five kids from his first marriage. She also told that, from the days of being in her mother’s womb, she was treated as an unwanted child. Finally, she broke down and said about how her father never touched her or showed any fatherly love towards her.

Later, Suruthi also revealed that, her father used to lock her mother and herself while going on a trip. She opened up about how her father was insecure about his young wife. They were not even given proper food at times. She spoke further about how she was revealed after the demise of her father and revealed how one of her step-brother used to help Suruthi and her mother for their livelihood.

During the weekend episode, on Saturday, 9th October 2021, the host of the show Kamal Haasan also highlighted the issues faced by Suruthi and her mother, due to the early marriage of her mother (age 18) with her father (age 50).