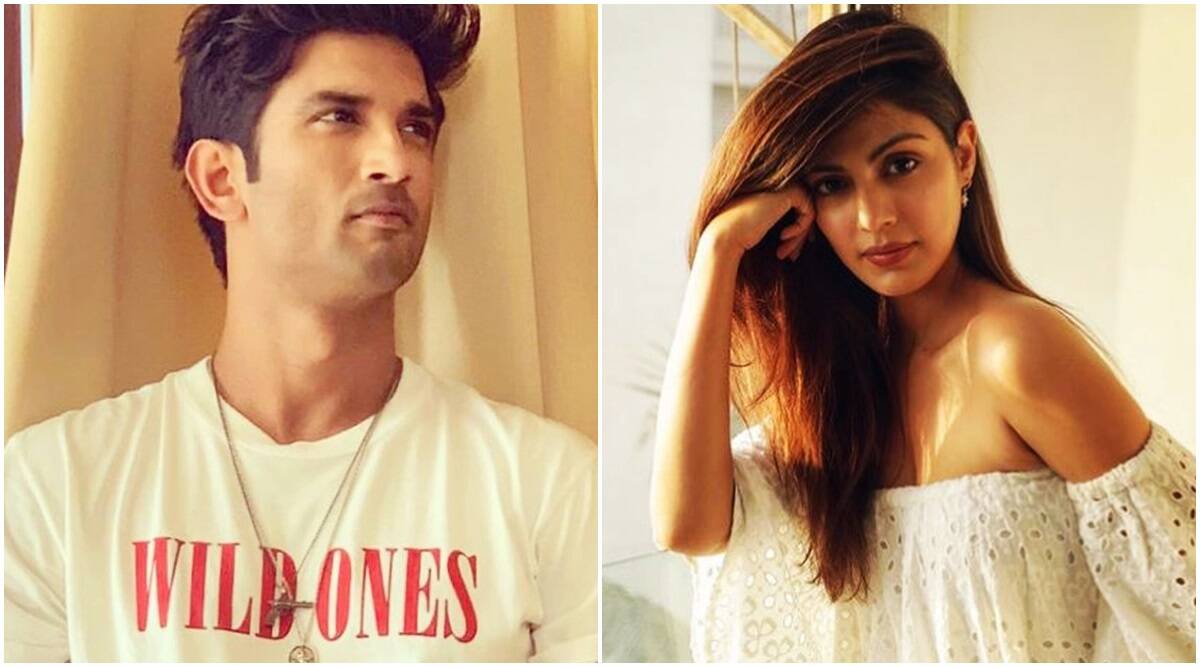 According to Yahoo, Sushant is also the most searched Indian personality of 2020.

Here is a list of ten most-searched male celebrities (in descending order):

Telugu star Allu Arjun dominated headlines with his hit film Ala Vaikunthapurramuloo, which released in January this year. On the work front, the ‘Stlyish Star’ will next be seen in Pushpa.

In 2020, ace filmmaker Anurag Kashyap was accused of sexual harassment by an artiste. Kashyap’s friends and family members came out in his support, even as the director denied all the allegations.

His Ghost Stories and Choked also premiered on Netflix this year.

Sonu Sood became everyone’s favourite real-life hero during the lockdown as he helped several migrants reach their homes safely. The actor went to great lengths to arrange various modes of transportation for the migrant workers.

The death of the veteran artiste sent shock waves across the country. SPB passed away on September 25 this year in Chennai after fighting coronavirus and severe respiratory issues. He had recorded over 40,000 tracks in several languages in the past five decades.

RELATED:  Neena Gupta recalls the time when her boyfriend said something nasty to her

Rishi Kapoor passed away on April 30, 2020, following a long battle with cancer. Rishi was one of those rare actors who won a National Award for his debut film (1970’s Mera Naam Joker). He later went on to establish himself as a leading man in Bollywood for several years. The actor restarted his second innings in the industry by opting for meatier, character-based roles.

The whole world mourned the death of the versatile, one-of-a-kind Irrfan Khan on April 29, following a long battle with cancer. From Natalie Portman to Shah Rukh Khan, celebrities and fans expressed their sadness.

Salman Khan is one of the biggest stars of the country, and it is hardly any surprise that the actor features on this list. He is currently seen hosting popular reality show Bigg Boss 14 on Colors TV.

The poster boy of patriotic movies, Akshay Kumar is almost always in the news, so, of course, he had to be on this list as well. Akshay was last seen in the Disney Plus Hotstar movie Laxmii as a transgender person. He is also co-producing Bhumi Pednekar-starrer Durgamati for Amazon Prime Video India.

Megastar Amitabh Bachchan is one of the busiest actors in the country right now. From juggling films to TV shows, Big B did it all. He is currently hosting the twelfth season of Kaun Banega Crorepati. Senior Bachchan also has a slew of films lined up for release, including Brahmastra, Chehre, Jhund and Mayday.

The actor sent everyone into panic mode as he and some of his family members were diagnosed with Covid-19 earlier this year.

The tragic demise of Bollywood star Sushant Singh Rajput affected one and all. He was found dead at his Bandra home in Mumbai on June 14 this year. Post his death, his name regularly featured in various news reports and on social media. SSR, as he was fondly called, was known for his performances in movies like Kai Po Che, MS Dhoni: The Untold Story, Chhichhore, Kedarnath, Sonchiriya among others.

Sara Ali Khan made headlines after she was questioned by the Narcotics Control Bureau in connection with the alleged drug use in the Bollywood film industry.

On the work front, Sara is awaiting the release of the David Dhawan directorial Coolie No 1.

RELATED:  Deepika Padukone & Hrithik Roshan Collaborating For A Film? Her Tweet Suggests So

The “Baby Doll” singer received quite the backlash in March this year after it was reported that she had not followed quarantine rules during the lockdown, thereby putting many at risk. She was tested positive for coronavirus several times before she was finally discharged from the hospital.

Neha Kakkar became the cynosure of all eyes after she tied the knot with fellow singer Rohanpreet Singh.

Katrina Kaif has been in the news for various projects she has signed during the pandemic. Katrina has quite a few films in her kitty, including actioner Sooryavanshi, horror-comedy Phone Boot, and also a superhero movie which will reunite her with director Ali Abbas Zafar.

Like Katrina, Priyanka is also looking forward to the release of several exciting projects, including Netflix films The White Tiger and We Can Be Heroes. She will also be a part of the highly-anticipated Matrix 4. The global icon has also been working on her autobiography called Unfinished, which will be releasing soon.

It is Sunny Leone! Need we explain more?

In January, just before the release of Chhapaak, Deepika Padukone ruffled some feathers after she joined the protests at the Jawaharlal Nehru University against violence inside the campus.

Later in the year, Deepika was questioned by the Narcotics Control Bureau in connection with the drug racket unearthed during investigations into the death of actor Sushant Singh Rajput.

Ever since her official social media debut, Kangana Ranaut has been dominating the news like no one’s business. Her Mumbai office was also demolished by the Brihanmumbai Municipal Corporation (BMC) a few months ago. On the work front, the actor will next be seen in the Jayalalithaa biopic called Thalaivi.

Model, VJ and actor Rhea Chakraborty became the centre of attention after her name cropped up in the Sushant Singh Rajput death case. She was previously in a relationship with the Dil Bechara actor. Rhea and her brother Showik were arrested for allegedly supplying marijuana to Sushant. Rhea spent a month in Byculla jail before she was released on bail.

Kangana Ranaut Claims Sushant Singh Rajput Let Others Decide Who He Was!

On Friday, oil-to-telecom conglomerate posted a 12.55 per cent on-year rise in...
Read more

Simone Biles Opens Up About Her Relationship with Boyfriend Jonathan Owens: ‘I Just Love Him’

Hrithik Roshan to commence shoot for ‘The Night Manager’ in April?

Varun Dhawan’s car meets with a minor accident on the way to Alibaug, no one suffered injuries : Bollywood News – Bollywood Hungama