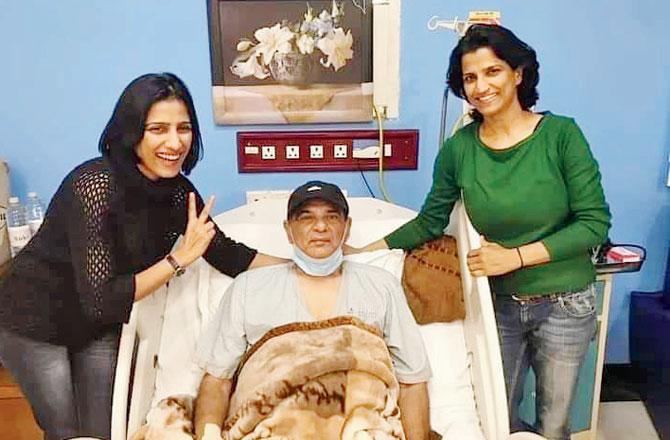 Sushant Singh Rajput’s father KK Singh has been admitted to a Faridabad hospital due to a heart ailment. A picture of him with the late actor’s sisters is doing the rounds of the Internet. SSR’s fans feel the stress of his son’s death case is taking a toll on his health.

SSR’s untimely demise has come in as a shocker to many, including his fans, social media followers and family members. The actor was battling depression over the past few months and undergoing treatment for the same. His last film Dil Bechara, which also stars Sanjana Sanghi is set to release directly on OTT Disney Plus Hotstar from July 24.

A lot of people did not take the news of his suicide well. Netizens have also concluded that he was a victim of Bollywood’s nepotism and power play, and that’s what ended his life. The nepotism debate has created a wave on social media. From unfollowing the stars to sending them hateful messages.

The actor’s father too confessed how he had planned his own future and was looking forward to a better life. Ever since the CBI has taken over the investigation, new conjectures involving alleged links between Bollywood, the cricket world, drugs and Dubai underworld have lately emerged. For the uninitiated, Sushant Singh Rajput’s father KK Singh had filed an FIR in Patna, shortly after Sushant died. Rhea Chakraborty and her family were charged with abetment to suicide.