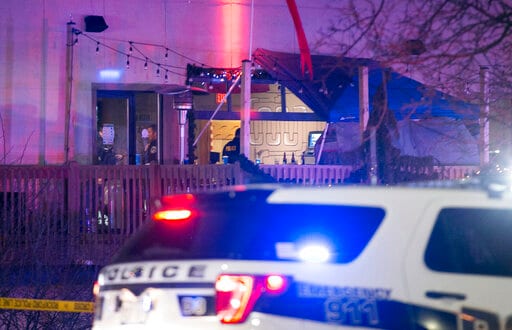 CHICAGO: A U.S. Army special forces sergeant arrested in an apparently random shooting at an Illinois bowling that left three people dead and three others injured had four deployments to Afghanistan, the most recent ending in July, according to Army service information.

Duke Webb, 37, was scheduled to appear in court Monday afternoon on three counts of murder and three counts of first-degree attempted murder in the shooting at Don Carter Lanes, in Rockford, on Saturday evening.

Webb joined the Army in 2008 and was on leave Saturday. According to the Army, his first deployment to Afghanistan was from August to December 2009, the records show. His other deployments were from October 2013 to April 2014, from October 2014 to April 2015, and from January to July of this year.

Among the awards he compiled was the Army Good Service Medal, the Global War on Terrorism Medal and the Combat Action Badge, according to the service information.

Webb was taken into custody shortly after the shooting, Rockford Police Chief Dan OShea said Sunday. The suspect has no known ties to the victims and authorities believe this was a completely random act, OShea said.

The Army has said Webb is a special forces assistant operations and intelligence sergeant assigned to Eglin Air Force Base in Florida. O’Shea did not explain why he was in Illinois.

The three who died were all men, aged 73, 65 and 69, but did not provide names, he said. A 14-year-old boy was shot in the face and airlifted to a hospital in Madison, Wisconsin, in stable condition, and a 16-year-old girl who was shot in the shoulder was treated at a hospital and released. A 62-year-old man suffered multiple gunshot wounds and was in critical condition, the chief said.

The bowling alley was closed when the shooting happened, in accordance with restrictions imposed to prevent the spread of the coronavirus

, OShea said. But a bar upstairs was open. The chief said the upstairs venue has double doors that open to the outside, ensuring the bar is in compliance with Illinois COVID-19

Up to 25 people were at Don Carter Lanes, but most escaped or hid, OShea said. He declined to say whether the shootings happened in the bar or elsewhere in the building, saying those details would come out in court. The teens who were wounded were picking up food at the carryout section of the bowling alley, he said.

He said the suspect was apprehended without officers firing a shot.