Suspect Is Charged in Japan Over Animation Studio Fire 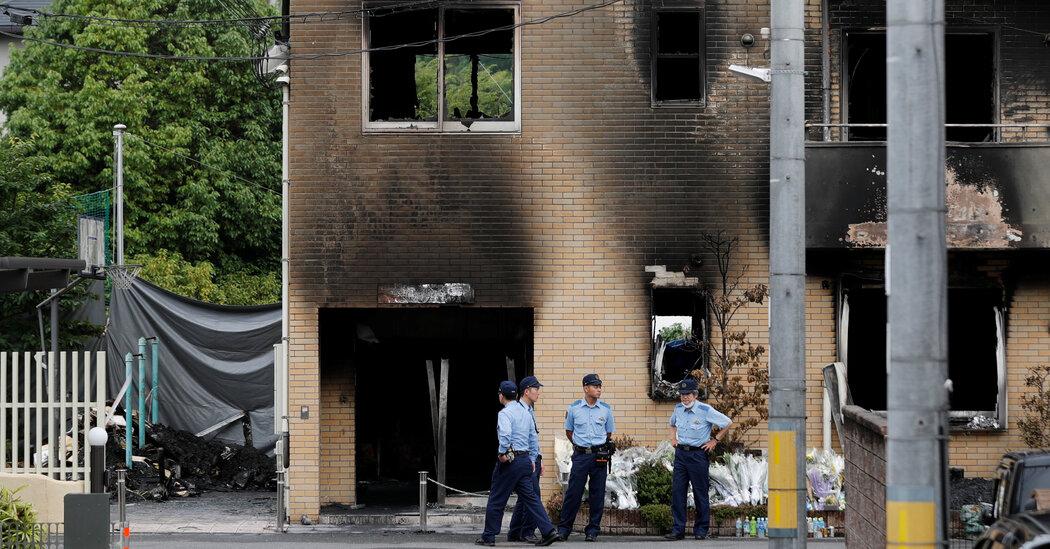 TOKYO — Japanese prosecutors on Wednesday charged a man with arson and murder in connection with a fire last year that killed 36 at an animation studio in Kyoto, the country’s deadliest attack in decades.

The suspect, Shinji Aoba, 42, is accused of setting fire in July 2019 to Kyoto Animation, a famed anime studio known for its “slice of life” television shows and movies. Thirty-three people died on the scene, many as they attempted to escape onto the roof, and three others died later of burns. Another 33 were injured.

Prosecutors in Kyoto said Mr. Aoba had been charged with five crimes including murder, attempted murder and arson.

Mr. Aoba, who had a history of mental illness, was severely burned in the fire. He was arrested in May after he had sufficiently recovered, but prosecutors had waited to charge him until he had undergone a psychological evaluation, the Japanese public broadcaster NHK reported.

Mr. Aoba had purchased about 10 gallons of gasoline at a service station near the studio before the attack, according to police reports, and had screamed “Die!” as he set the building alight. He had targeted the studio because he believed that it had stolen a novel from him, according to news reports at the time.

Violence is rare in Japan, although the country occasionally experiences horrific attacks. The studio fire came less than two months after the stabbing of 17 schoolgirls and two adults that left one adult and one child dead.

Still, the scale of the death toll from the arson shocked the nation and provoked an outpouring of sorrow for the loss of the animators. Most of them were women, a rarity in the industry.

Kyoto Animation, known by fans as KyoAni, was founded by Yoko Hatta and her husband, Hideaki Hatta, in 1981. The studio — which has done contract work for Hayao Miyazaki’s famed Studio Ghibli — is known for its high-quality animation and stories that combine meticulous depictions of daily life with high-concept elements of science fiction and fantasy.

The company was widely praised for both its deep well of talented animators and its employee-oriented approach in an industry that is known for low wages and long hours.

Speaking at a news conference in July marking the anniversary of the fire, Mr. Hatta, Kyoto Animation’s president, said the company was slowly recovering and hoped it would be able to continue producing new works.

In September, the studio released its first feature film since the attack, “Violet Evergarden: The Movie.” The film, which was delayed by the tragedy, is a spinoff of a television show based on a series of popular novels.