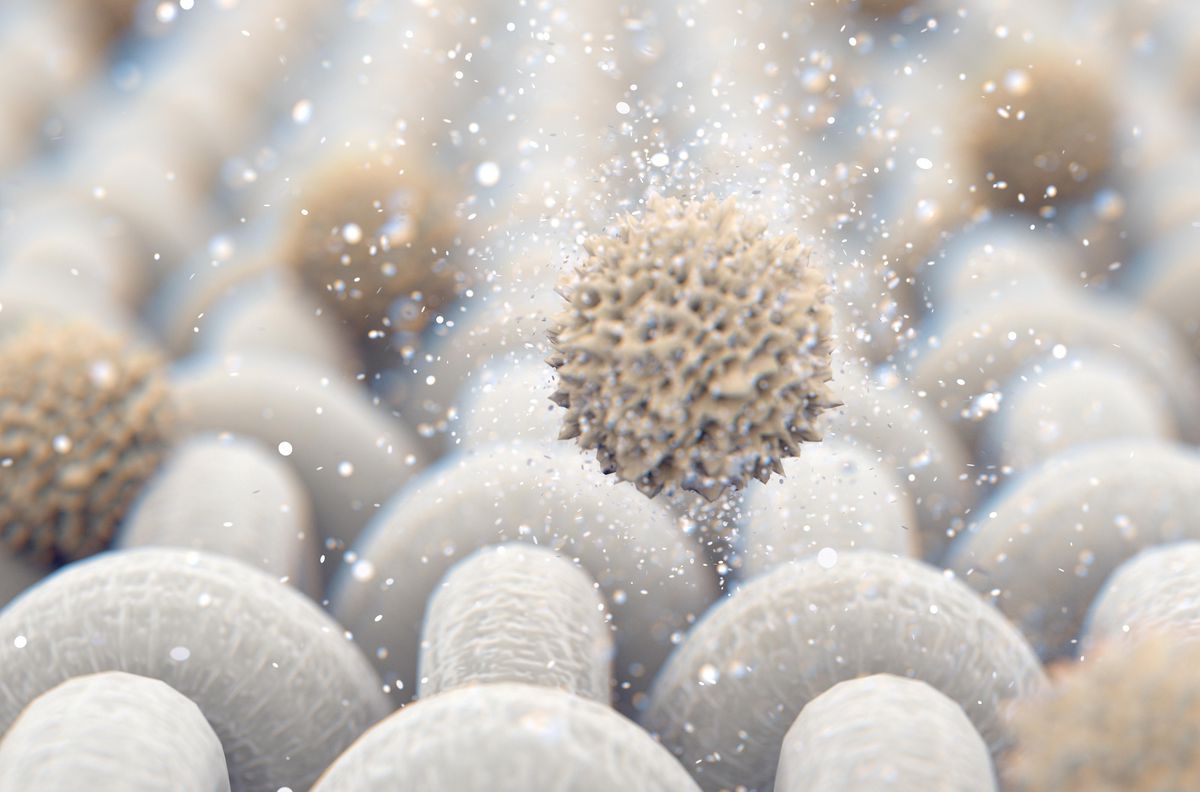 Plastic is everywhere. Ever since mass production of plastics spiked in 1950 it has only been rising, and now it is in everything around us. At this very moment, you are probably surrounded by more items made out of PET, PEHD, PVC and other plastic materials than you realise.

Although we are aware of how severe an issue plastic waste is globally, we have only recently become aware of how pervasive plastic can be when it breaks down.  Plastics have just been found in human placentas for the first time and there is still more to find out about whether small particles of plastic, called microplastics or nanoplastics, could be dangerous to human health.

This month New Scientist reported that Microplastics found across the Arctic may be fibres from laundry, stating that “polyester fibres make up nearly three-quarters of microplastic pollution in the Arctic.”

Fortunately, manufacturers are working on ways to reduce the shedding of fibres from clothing.  Outdoor brand Polartec has developed a high-performance fabric that sheds 5 times less than ordinary fleece, and late last year they collaborated with sustainable Swedish sportswear brand Houdini to release the open-source Project Mono Air to share their fabric innovations with the world.

But first, let’s find out a bit more about microplastics in clothing.

Microplastics – what are they?

Microplastics are traces of plastic waste in the micrometre range (1/1000th of a millimetre to 1mm), though sometimes they are defined as being anything up to 5mm in size.  Nanoplastics are even smaller—under 100 nm in size.

Every material sheds small particles into the environment and, unsurprisingly, microplastics have been found almost everywhere. They’re in the oceans, in marine animals that mistake it for food, in our drinking water, in the seafood we consume, in the salt we use, and even in the air. At this point, there is nowhere on Earth where you won’t find traces of plastic, and we are only at the start of beginning to understand what the long-term effects of them could be.

How does clothing shed microplastics?

What might not be obvious, is that our clothing also sheds microfibres, which is a type of microplastics. These mostly come from the materials used to make clothing, and it’s not just the synthetic ones that shed potentially harmful substances. Every type of material creates debris—from the start of its production until it reaches the consumer, and throughout its lifetime while in use.

For clothing in particular, due to the continuous washing required to maintain it, debris keeps shedding in our washing machines and travels into sewage. Since we are still unable to effectively filter out all particles of plastic in the water, microfibres circulate throughout the water systems and inevitably end up in the environment.

Can microfibre shedding be reduced?

I’ve discussed some of the effects the clothing industry has on the environment in a previous article. In summary, fast fashion contributes to a long list of environmental issues. The global fast fashion market in 2019 was valued at 36 billion U.S. dollars, and is expected to grow further over the next few years after recovering from Covid-related losses in 2020.

The problem with “fast fashion” and the increased turnaround of clothing goes beyond just large production numbers. The way fabrics are processed, the materials used and the life-cycle of an item all play a role in the amount of microplastic byproducts a garment produces. So it’s not just reducing demand and consumption that matters. Innovation and new production technologies play a crucial role in reducing the industry’s impact on the Earth.

One of the forerunners in sustainable material innovation is outdoor brand Polartec. They first started using recycled plastic bottles in their products back in 1993 and have since saved over 1.7 billion PET bottles from landfill. The brand produces nearly 5.5 million meters of sustainably made fabrics each year.

In 2018, Polartec developed their Power Air technology, which reduces the number of microfibers shed during the washing process. The idea started as a quest for what they described as “fuzzy bubble wrap”, because air is insulating and keeps us warm.  But then it was reimagined by placing the “fuzz” on the inside to achieve a radical improvement in the environmental performance of the fabric.  The fuzz is what helps keep us warm, but it is also what sheds the most.

The technology relies on encapsulating puffed-up, air-trapping fibres within a multilayer fabric construction, which not only improves the fabric’s performance in providing excellent insulation, but has also been scientifically proven to reduce fibre-shedding up to 5 times.

Technological advances are bringing new capabilities.  The development of the Power Air fabric was primarily made possible by new, precise machines and fibre composition, as well as collaboration with experienced engineers. This work is fabric construction— engineering materials by placing individual fibres where they can do the most good.

Additionally, according to Karstad: “Although the knit pods look quilted, part of Power Air’s durability comes from the fact that it is actually a single piece of fabric made from a continuous construction: a bi-component knit that achieves tight, smooth faces and lofted insulators all in a single motion.”

On 7 October 2020, Swedish brand Houdini, released Project Mono Air in collaboration with Polartec. The first product to come out of the collaboration is Houdi, a garment made from over 70% recycled PET and constructed from a single form of polyester. This makes it possible for the fabric to not just be recycled, but to be broken down to its elemental form and repurposed into new yarn, and therefore – new products.

Project Mono Air built on Polartec’s existing Power Air technology to improve the fabric and make it even lighter. But what is so special about the project is that Houdini are committed to keeping Project Mono Air as an open-source campaign, allowing anyone to access a complete run-down of the garment’s creation – from stitching patterns to the technology behind the fabric. You can also find out about how every design decision was made and explore the principles of circular design at the heart of Houdini’s apparel.

Eva Karlsson, CEO at Houdini, said: “If we want to really change the industry for the better, we can’t keep our innovations and discoveries to ourselves. If we all share the problem, why not also share the solutions? One garment is not going to solve the problem, but we hope it can be one step on the way. Hopefully, we can make this initiative echo even beyond the textile industry”.

Jesper Danielsson, Head of Design and Innovation at Houdini, also added: “The biggest challenge for all brands working with circularity is to design products that are sustainable without compromising on durability and performance. This is what we have been able to solve with the Mono Air. The goal with the open-source project is not to create identical copies of the Mono Air, but to let the work behind it become useful in the development of new products. If this can lead to new circular breakthroughs in the fashion industry – be it in the hands of a basement designer or billion-dollar brand – we are on the right path”.

We are seeing a growing awareness of how severe an effect the disregard for sustainability in our economy has on the planet and our wellbeing. Innovation and new technologies will play a vital role in our move towards a truly circular economy. Brands like Polartec and Houdini, some of the pioneers in sustainable apparel, will have to become much more commonplace for us to be able to reach our environmental goals and recover from the damage we have done, and still are doing, to our planet.