The Nandigram leader has been distancing himself from the Mamata-led ruling party over the last few months, and has maintained that it is difficult for him to work with the Trinamool Congress 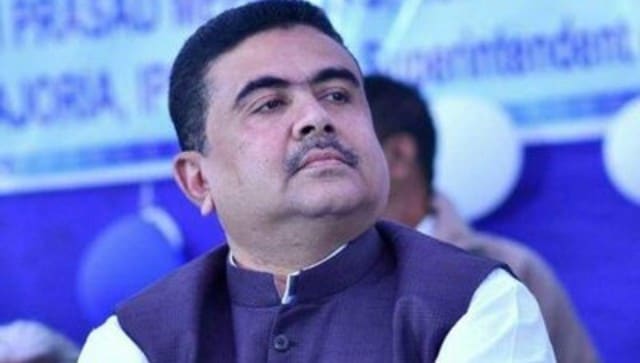 “I do hereby tender my resignation from the member ofthe West Bengal Legislative Assembly. Steps may be taken forits immediate acceptance,” Adhikari wrote in his resignation letter, according to PTI.

Adhikari was the MLA of Nandigram constituency in Purba Medinipur district. He was the face of the Nandigram movement that catapulted West Bengal chief minister Mamata Bannerjee to power in 2011.

However, Adhikari has been distancing himself from the party over the last few months. He has maintained that it is “difficult for him to work with the party”.

He has been organising programmes without the TMC banner. Banners with ‘Dadar Anugami’ (followers of dada) written on them were seen in various parts of Purba Medinipur district in the last two months.

Efforts by veteran TMC leaders like Saugata Roy and Sudip Bandopadhyay for reconciliation have failed to placate Adhikari, who is yet to clarifiy his future political direction. His resignation on Wednesday, however, has fuelled speculation that he may switch sides.

In fact, several reports claimed on Wednesday that the former Nandigram MLA may join the BJP. A report in The Indian Express cited sources in the BJP as saying that Adhikari is likely to join the saffron party during Amit Shah’s visit this weekend.

The influential political family gave a miss to Chief Minister Mamata Banerjee’s rally in their stronghold West Medinipur district last week, prompting her to accuse the BJP of trying to break her party by using “moneybags”.

His desertion may adversely impact the TMC’s prospectsin these areas in the next assembly polls.

In the past, Adhikari has also very critical of the TMC leadership, and had accused the TMC of giving more importance to the party than people.

Amid reports that Suvendu may join the BJP during Home Minister Amit Shah’s upcoming visit to West Bengal, BJP’s national vice-president Mukul Roy told PTI that he didn’t have any such information, however, the saffron party will benefit if the former Nanidgarm MLA joins his party.

“If he joins, the BJP will benefit. The Trinamool Congress is collapsing like a house of cards,” Roy said.

“I welcome this decision of Adhikari,” he added.

Roy also claimed that many Trinamool Congress leaders are feeling choked and suffocated in the party, hwoever, the BJP is not contacting anybody to switch sides.

“BJP is not contacting anybody. If they want to protest against the misrule of the Mamata Banerjee government, BJP will be benefitted from that,” he said.