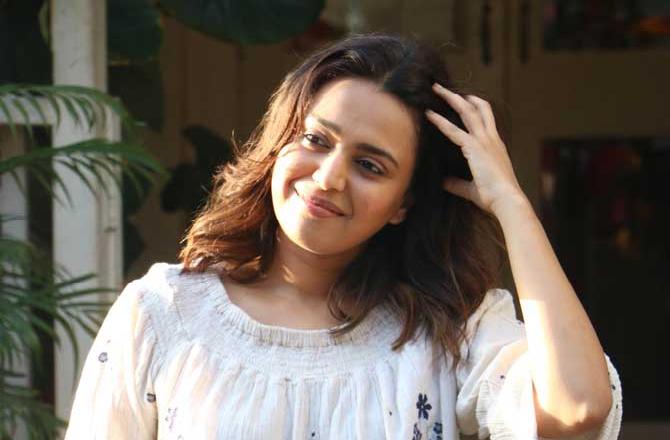 Swara Bhasker points out that an actor who plays a heroic character, or is great with the craft and is talented, is not necessarily a great human beings in real life, too.

Does Kangana contradict the statement, “a great artist is a great human being”?

“I think it has nothing to do with Kangana in specific. Yes, in past we had our share of arguments but I think we really need to rethink that statement that one has to be a great human being to be a great artiste. We often make this mistake that just because a person is playing a character on screen that is enduring and heroic and because they are great with their craft and are talented, they are the same in real life. No, that does not necessarily mean that they are great human beings in real life. That does not mean that all the heroic quality of an on-screen character is there in the actor, who is performing it,” Swara told IANS.

“There is nothing further from the truth. Acting is a profession like any other. A doctor, an engineer, or a teacher could be great at their jobs, (but that) does not mean they are great human beings, too. I, for instance, was a fan of a particular author because of his writing. When I met him in person, I think he is one of the most obnoxious person I have come across. But he is a great writer. So, your craft is not who you are as an individual. Whether you are a dancer, singer, actor, writer, or photographer, you have to have talent, training and skill, and you have to know your craft. That may not be the reflection of your personality,” she added.

However, no one can deny that Bollywood stars are more influential than most people from other walks of life. Why are they not always responsible with their words?

“Because as an artiste, we have more flaws, more insecurity, more vulnerability and it is easy to lose ourselves in the wildness of our world. We all work hard but the insane popularity, money, and admiration across the globe of thousands can make us think that we are omnipotent,” Swara reasoned.

“That is why, a celebrity, a filmstar, or a rockstar lives a life in which at times they feel that they are the best thing (that has) happened to the world, and that they are not accountable to anyone. It is often noticed that the character traits of an artiste are way different from the art they create,” explained Swara who has recently appeared in the Netflix original web series “Bhaag Beanie Bhaag”.