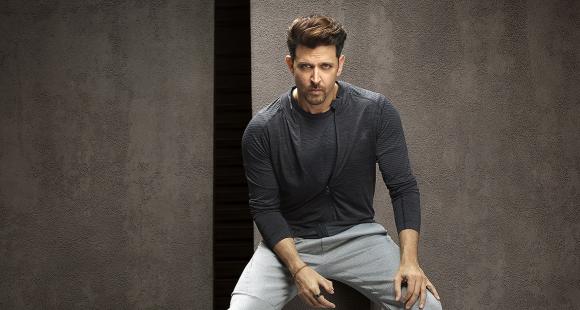 Decoding Hrithik Roshan. The analysis of his superstardom, his probable shortfalls, the opportunity that looms in the market and the threats that can pull him down. Pinkvilla discusses

Over the years, SWOT analysis has been conventionally used to identify and analyze the Strength, Weakness, Opportunities and Threats of an organization in the business world. It is among the most accepted principals, alongside PESTLE analysis, used in making a holistic business decision by the stakeholders. As a method, SWOT can be applied in all mediums of work, and in a first, we at Pinkvilla now bring this methodology to application for the top male and female stars of Bollywood. We take this segment forward with Hrithik Roshan, and here’s decoding the factors that have worked in favour of, gone against as also, the opportunities waiting to be explored by bypassing the threats for the superstar.

All it takes is one right film for a superstar to hit the bulls’ eye with those unbelievable numbers at the box-office. Hrithik is among the last of the actors in Bollywood who has a loyal fan following ranging from Kashmir to Kanyakumari, Mumbai to West Bengal. The fan base comes out in full swing when Hrithik does a universally appealing film, more so in the action space. Through his 20-year career, the mass fan following has never let him down, as Hrithik in action has always resulted in a record or excellent opening at the box-office. While multiplex audience decides to watch film based on multiple factors, it’s the masses that stay loyal and step out to celebrate the actor, irrespective of other pad up elements. And despite being someone who doesn’t run after “quantity of films”, the mass following has stayed intact and will stay till he continues to act. Well, after all, he is among the last few action heroes, who has the ability to do a classy action film War or Bang Bang, and an intense actioner in the raw space like Agneepath, with of course, the looks to die for.

Anyone with the physique and looks of Hrithik Roshan would have taken the easy route by signing on for event action films, one after the other. But the actor, instead chose to balance it out with some strong content and character driven films. Be it taking up Fiza, Mission Kashmir, Koi Mil Gaya, in the early days of his career, or doing a Guzaarish, Super 30 or a Kaabil in the later stage – Hrithik hasn’t shied away from taking up challenging characters. The challenges that HR has taken up through his career has put him in the list of credible actors in the film industry. Action is like a home turf for him, one can wake him up in the middle of night and still, he would pull off the stunts and bring in the swag with conviction. But, the idea of juggling has come through years of hard work with multiple acting workshops with the experts in the respective field. Remember, how everyone in the trade were sceptical of him stepping into a Bihari Mathematician’s shoes in Super 30, but he cleared the exam with flying colours? Well, that’s acting.

Through his 20-year career, the mass fan following has never let him down, as Hrithik in action has always resulted in a record or excellent opening at the box-office. While multiplex audience decides to watch film based on multiple factors, it’s the masses that stay loyal and step out to celebrate the actor, irrespective of other pad up elements

This is an aspect which everyone would agree with. Over the last 5 years, Hrithik has acted in merely four films – War, Super 30, Kaabil and Mohenjo Daro, of which the later two didn’t really do well at the box-office. With the long gaps, there often lies a fear of being forgotten by the audience or getting trapped in a scenario wherein the loyal fan following takes a back seat and cine going audience differs from film to film based on the trailer, music and other pad up factors. He is 47 at the moment, and has acted in merely 24 films till date. If he doesn’t fasten his seat belt for a ride in this decade, he would probably end up doing under 35 films in his career, when there is a fan following and audience who wants to see more of him. He may not take the route of multiple releases a year, as that’s against his policy of working, but least that one can do is ensure one film a year. Long gap also means, one wrong step, and your average goes for a toss, leaving very little scope of error. You can’t do a film like Mohenjo Daro and Kaabil, when selective of work, as that leaves a wrong impact with conversations like – “Itna Lamba Break Leke Bhi, Aisa Film”. A better calendar and release planning is certainly need of the hour for HR, wherein he can balance between those big budget entertainers and the small-scale content driven gems. Probably an alternate film strategy and increase the frequency of releases.

A strong line up

On the positives, Hrithik’s line up for the future looks bright with starting with Vikram Vedha followed by the digital debut on Disney Hotstar and then, Fighter, Ramayana, Krrish 4 and War 2. If all the films materialise and things proceed as planned, he seems to be blocked for the next three years, and also be having frequent releases, with most being in the space that audience love to see him in. With a line up like this and a constant flow of releases, one can expect him to dominate at the box-office in the coming 10 years by becoming the most bankable star of the decade. The line up with films being offered to him looks rock solid and hopefully, he will make complete utilisation of the opportunity.

The difference between stars and a superstar is the following in the kids and family audience.  While most would underplay on this aspect, we believe, Krrish as a brand has played a massive role in leading HR to become a popular face among the kids in the first decade of his career. And the same kids are now grown up in their 20s’, still drooling over their superhero. 20’s, He’s the only successful superhero of Bollywood, and probably, there’s so much scope to use this brand in upping his stakes among today”s kids and also bring in more longevity in the career. With strong repeat runs on television, Krrish as a brand has strong recall value, and it’s one aspect that Hrithik can capitalise on to up his fan following among the kids is by making Krrish relevant for today’s kids, who are drawn towards Spiderman, and Iron Man and Batmans of the world.  Probably, he could ensure one Krrish film every five years, to keep the brand in-tact and elevate his following in a section of audience that most of the stars in Bollywood ignore – The Kids.  It’s a strong opportunity to tap on.

Krrish as a brand has played a massive role in leading HR to become a popular face among the kids in the first decade of his career. And the same kids are now grown up in their 20s’, still drooling over their superhero. 20’s, He’s the only successful superhero of Bollywood, and probably, there’s so much scope to use this brand in upping his stakes among the kids

Hrithik comes from a rather urban school of filmmaking with his emotion palette more inclined towards the subtle space, which may or may not appeal to the mass audience. While action as a genre has that universal appeal and given him the loyal fan base all across, the emotional quotient in action would probably provide more legs to the film to travel in the interiors. While Mission Kashmir, Krrish, Dhoom 2, Kites, Agneepath, Krrish 3, Bang Bang and War, were all record openers, it’s only the two Krrish films (Rakesh Roshan) and Dhoom that had the emotions that was in sync with Indian sensibilities. The emotions of Mission Kashmir and Agneepath were on the darker side, whereas Kites, Bang Bang and War were low on emotions but high on style. War with emotions was a certain shot at Rs 350 crore at the domestic box-office and also more footfalls due to higher slaes in the interiors. The stronger your emotions, the more will be the reach of films in heartland of India. The element of nationalism, personal loss, or standing up for the society against all odds make for a strong emotional core of a premise for the Indians and elevates the stature of the hero in the film, making the audience root for him. Understanding the core emotions of India will probably give him a more holistic view of zeroing in on the script, and the urban sensibilities would probably curtail his reach thereby being a threat.