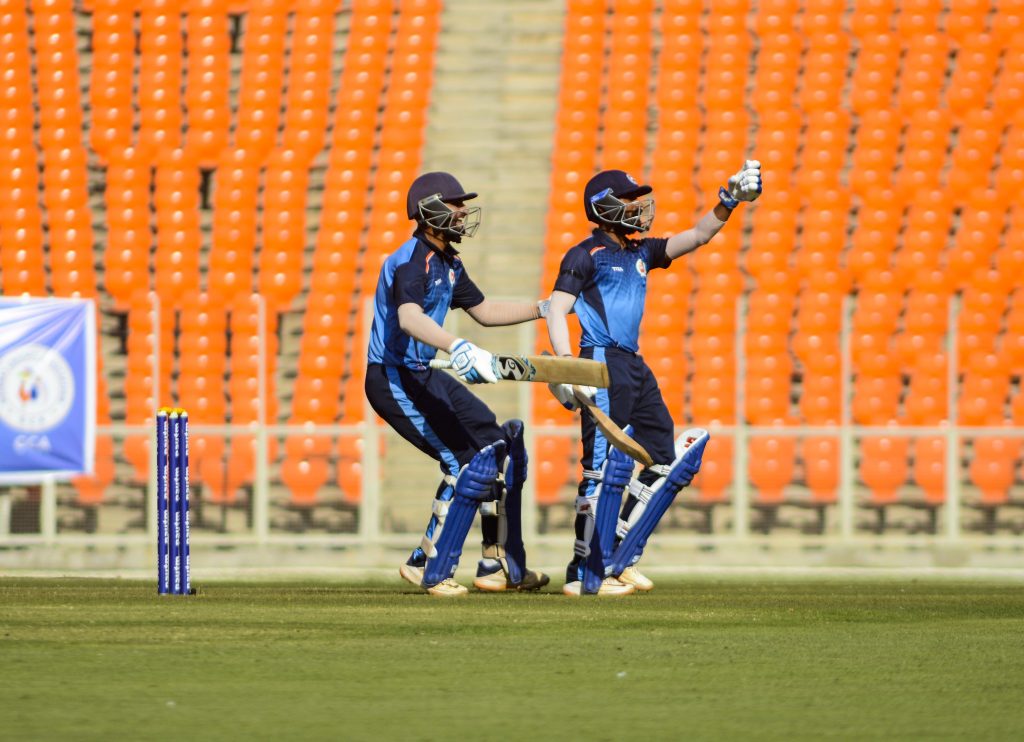 Baroda beat Haryana in a thrilling encounter to enter into the semifinals of the ongoing Syed Mushtaq Ali Trophy. Vishnu Solanki was the hero for Baroda hitting three boundaries in the final three deliveries to seal the deal for Baroda. Solanki hit a helicopter shot off the final ball to win the match for his team and allow his team enter into the semifinals. It was an exciting game between the two teams with Baroda toppling opponents Haryana in style.

Baroda needed 18 off the final over to win the game. The first three balls off the final over yielded just three runs. The equation then came down to 15 off the final three balls. It was then that Solanki hit a six off the fourth ball. He was lucky to edge the fifth ball over the slips to collect another boundary. With six needed off the final ball for Baroda to win, Solanki brought out an MS Dhoni-esque helicopter shot to become the hero of his team.

The scenes after Baroda’s win at the newly-built Sardar Patel Stadium was something to watch out for. The players were happy beyond limit as Solanki helped them to qualify for the semifinals. The prestigious T20 domestic competition of the country raised its bar after this cliffhanger of an encounter.

Baroda held their nerve to seal a last-ball win over Haryana and with it, sealed a place in the #SyedMushtaqAliT20 semifinals. 👌👌 #HARvBDA #QF3

Earlier, batting first Haryana scored 148 for 7 and almost defended their score until Solanki had other plans. This was the third quarter-final encounter with Punjab and Tamil Nadu having won their respective quarter-final matches. The fourth and final quarter-final match between Bihar and Rajasthan will be played at the Sardar Patel stadium in Ahmedabad from 7 pm later tonight.

Meanwhile, the full video of the final over can be watched below.