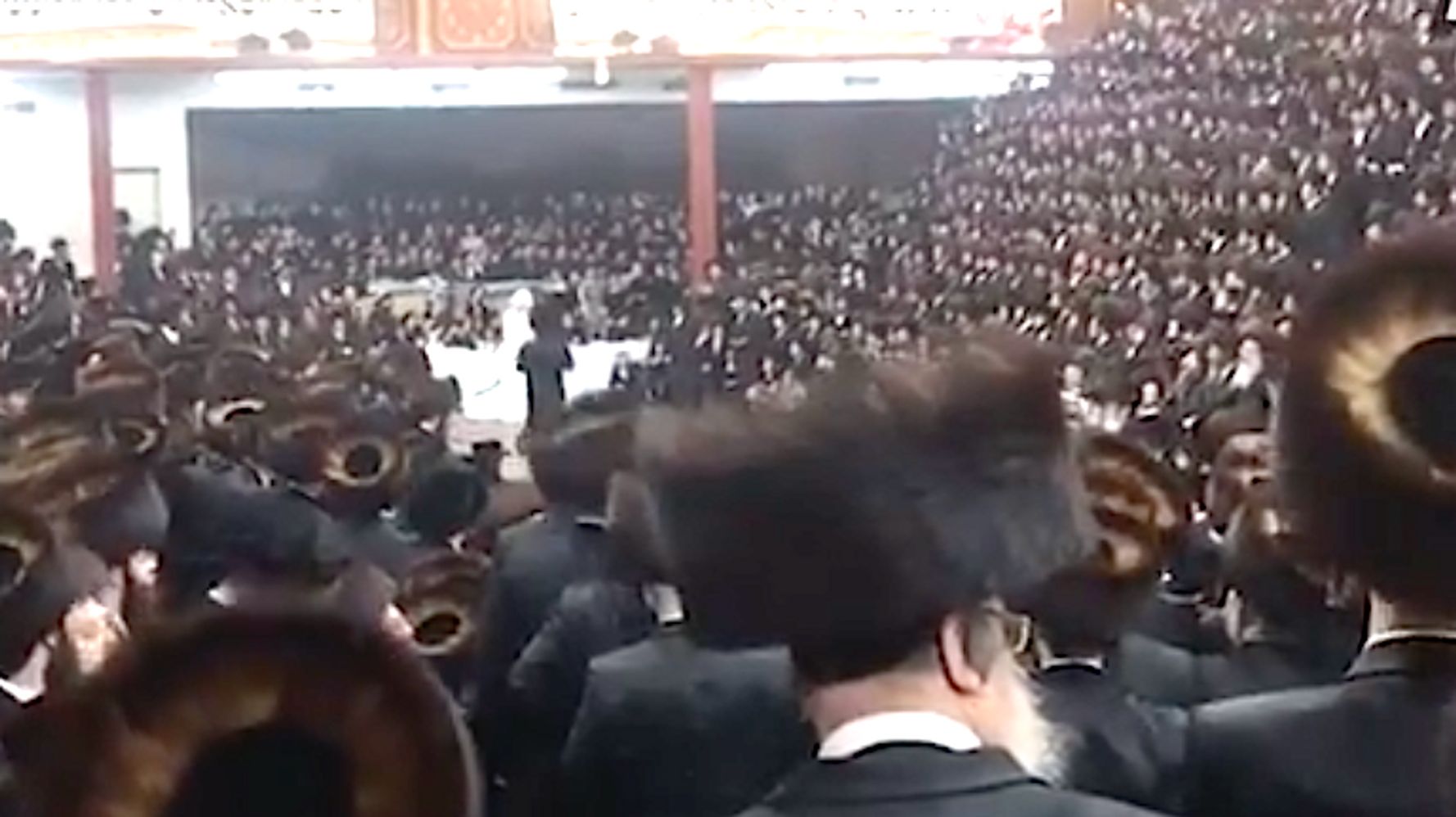 Footage of the Nov. 8 nuptials at Yetev Lev temple in Brooklyn, obtained by the New York Post, showed celebrants singing and dancing shoulder to shoulder in a synagogue that reportedly seats 7,000. Most appear to be without masks and ignore social distance guidelines to control the spread of COVID-19.

The Post reported the lengths the synagogue went to stage the clandestine ceremony ― in which the head rabbi’s grandson got married ― in defiance of coronavirus restrictions. The strategy included word-of-mouth correspondence to avoid detection by the city, where large gatherings are banned.

A resurgence of coronavirus has gripped New York, along with much of the country.

New York has been at odds with segments of the Orthodox community over adherence to safety guidelines.