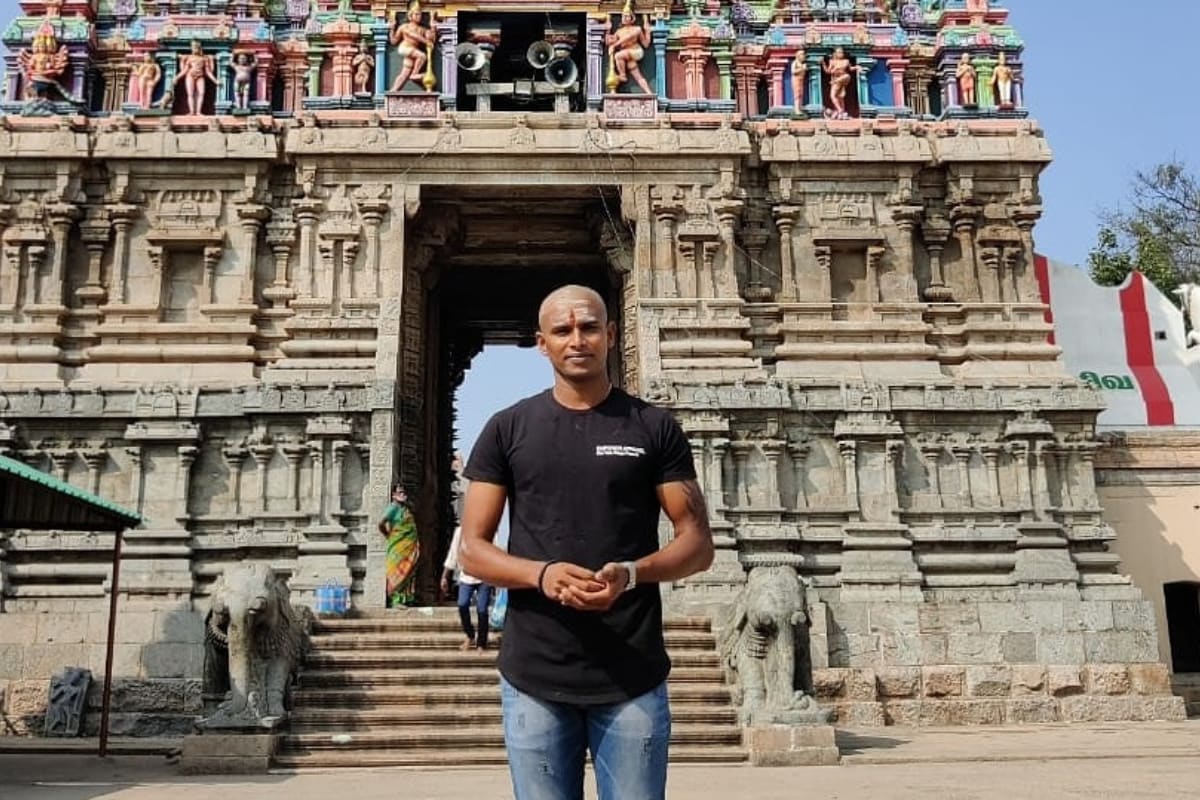 T Natarajan Shaves Head in Murugan Temple: Left arm pacer T. Natarajan, after an unexpected and explosive tour of Australia, visited the Palani temple and shaved his head. He later shared the photo on social media. Natarajan, who hails from Chinnapampatti village in Tamil Nadu, shot to prominence in IPL 2020 for Sunrisers Hyderabad, propelling him to the Indian National Cricket team for the tour of Australia.

On returning home Natarajan received a hero’s welcome. He addressed the press where he spoke about his experience in Australia.

“When Kohli handed over the trophy to me after the T20 series win, I had tears in my eyes,” he said. “Having played in the IPL and played alongside many Indian and foreign players helped as that experience was useful. I could communicate with them and learn from them. First, it was tough but as things went on, I was able to pick up many things.”

“I was keen to do my job. But I didn’t expect to get an opportunity in the ODIs, was not expecting to make my debut in Australia,” Natarajan told reporters.

“When I was told that I will be playing there was pressure. I wanted to make use of the opportunity. Playing and taking a wicket was like a dream.”

Natarajan also shared the support he received in the dressing room from his teammates. “Other players supported me in the dressing room. Their motivation and support helped me. I was under pressure to perform, when the opportunity was offered. My only thought was to take wickets. It was like a dream to take Australian wickets.”