Taapsee Pannu: Have been replaced because hero’s wife didn’t want me to be a part of the film 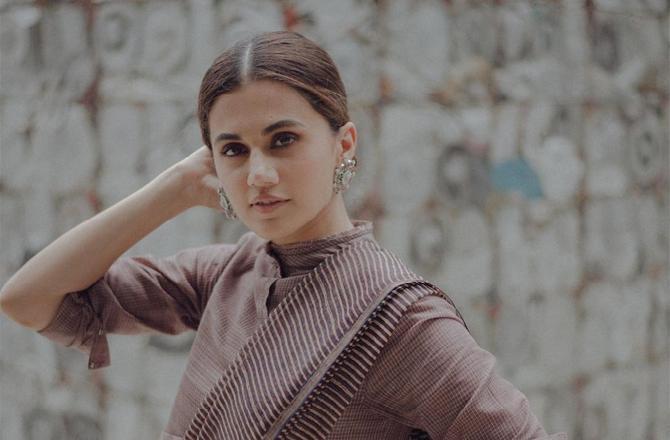 Taapsee Pannu, an actor who has dabbled with multiple languages in films, has completed a decade in the film industry this year. She made her Bollywood debut in 2013 and till now, has carved a niche for herself with her performances and film choices. However, the journey from ebb to rise has been anything but smooth.

In an interview with Filmfare, she revealed the bizarre things that she encountered in her professional life when she was raw and new and how she took the matter in her stride. She revealed, “I faced some really weird things in the beginning like she isn’t pretty enough. I’ve been replaced because the hero’s wife didn’t want me to be part of the film. I was dubbing for one of my films and I was told that the hero didn’t like my dialogue so I should change it.”

She added, “When I refused to change it, they got a dubbing artiste to do it behind my back. There was a time when I was told the hero’s previous film didn’t work, so you slash your price because we need to control the budget. There was some hero who wanted my introduction scene changed because he felt it would overpower his introduction scene.”

Also Read: Taapsee Pannu Is In A Relationship With ‘No Baggage, No Burden’

She then decoded a way to take the things in her stride and how to take her career forward. She stated, “I decided that from now on, I will only take up films that will make me genuinely happy to go to work. People advised me against it because there might be a point of no return. Whenever a girl has tried to do women-driven films there’s a tag that’s attached to her and male stars are then hesitant to take her as their leading lady. It might be a little harder, longer journey but it’s going to be one that I’m going to enjoy each day. It has worked out till now.”

Taapsee Pannu soared in the year 2018 when she had films like Mulk, Soorma, Manmarziyaan, and had an equally memorable 2019 and 2020 with films like Game Over, Mission Mangal, Saand Ki Aankh, Badla, and Thappad. She’s now gearing up for the Mithali Raj biopic, Loop Lapeta, Haseen Dillruba, and Rashmi Rocket.