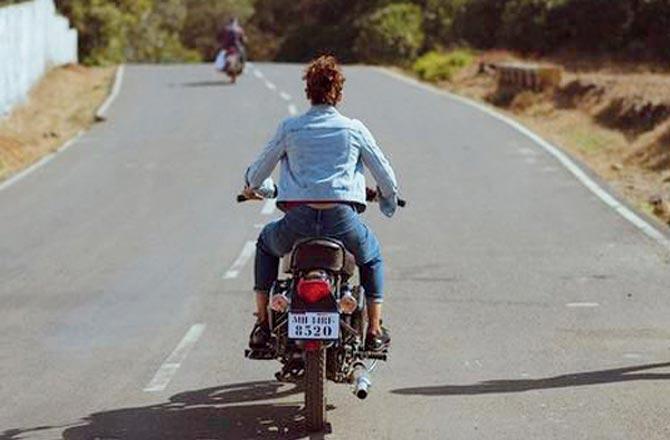 Taapsee Pannu, who is shooting for Rashmi Rocket, was fined for not wearing a helmet while riding a bike. The actor shared the news on social media by posting a picture, which was clicked moments before she was stopped.

The actor is a bike lover and loves the roar of the mean machine. A section of netizens felt being an actor she should set the right example — always wear a helmet while riding a two-wheeler.

Speaking of Rashmi Rocket, the film is a fictional story about a Kutch-based girl who discovers her athletic prowess. Pannu says she has drawn inspiration from sprinters Dutee Chand and Hima Das.

Talking to mid-day about the same, Taapsee Pannu said, “I have been observing Indian and international athletes and their running patterns, body forms and style. If it were a biopic, the approach would have been different. This is inspired by real incidents that happened to sprinters. The film touches on many aspects – from the society’s response to female athletes to the politics of the sporting universe. Most of my films question the elephant in the room, and this will be no exception.”

RELATED:  KRK Hits It Out Of The Park On Diljit Dosanjh Vs Kangana Ranaut War: "Don't Use My 2 Rs. People Dialogue"