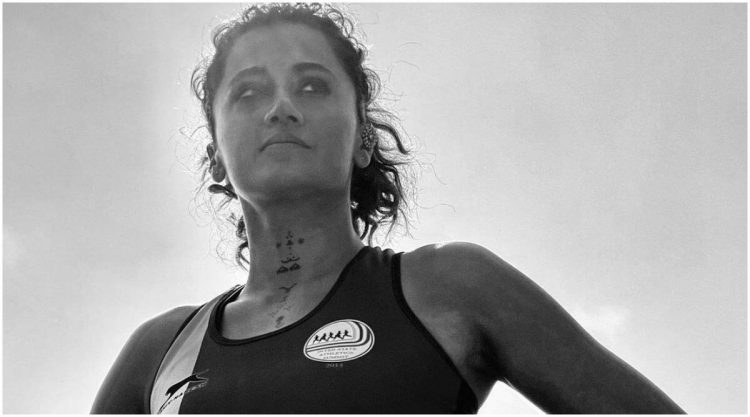 Taapsee Pannu, who plays the role of an athlete in upcoming movie Rashmi Rocket, on Thursday said she has concluded shooting for the Ranchi schedule of the film.

Set in Kutch, Gujarat, the sports-drama stars Pannu in the title role of a gifted athlete.

Sharing a black-and-white picture of herself as an athlete, Paanu wrote on Instagram, “Done with the races finally!  Hasn’t been a day I haven’t tipped my hat to the real athletes who do this every day of their life for years!”

“I am glad I don’t have to do this for real #RashmiRocket,” she added.

Directed by Akarsh Khurana of Karwaan fame, the film is written by Nanda Periyasamy, Aniruddha Guha and Kanika Dhillon.

Actor Priyanshu Painyuli, who recently starred in the second season of the Amazon Prime Video’s Mirzapur, will feature alongside Pannu in the film.

Rashmi Rocket, produced by Screwvala along with Neha Anand and Pranjal Khandhdiya, is set to release next year.