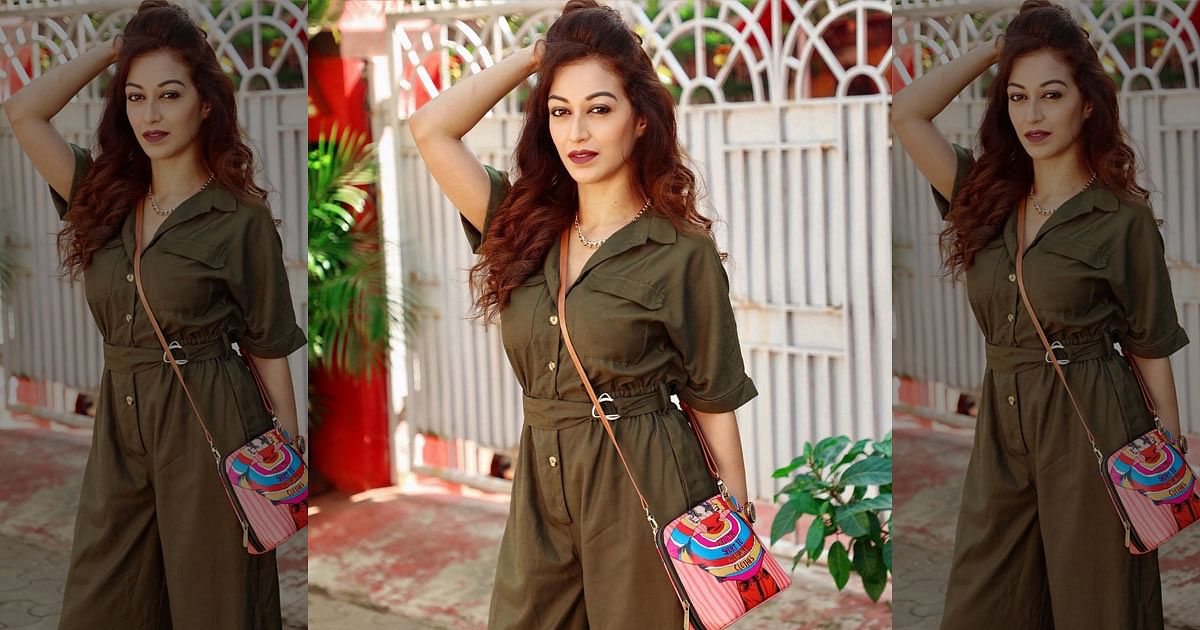 Taarak Mehta Ka Ooltah Chashmah cast continues to entertain us not only on the screen but also off the screen. Be it Munmun Dutta, Palak Sidhwani, Ambika Ranjankar or Sunayana Fozdar, ‘Mahila Mandal’ of Gokuldham is slaying their social media game.

Just a few hours back, Sunayana shared an interesting picture on Instagram. This time, more than showing inner fashionista, the post displayed Sunayana’s sense of humour. Speaking of the picture, the actress could be seen lying on the ground with closed eyes and a slight smile on a face. More than anything else her caption grabbed our attention that reads, “I am so Down to earth”. It has truly left us in splits!

Take a look at the post by Sunayana Fozdar below:

For the unversed, Sunayana Fozdar made her small screen debut in 2006 with Rajeev Khandelwal led Left Right Left show. Then she starred in Star Plus’ Santaan. She had also been part of popular shows like Adaalat, Aahat, Qubool Hai and Belan Wali Bahu. With so many shows, it’s quite obvious that she was a known face amongst the audience, but it was Asit Kumarr Modi’s Taarak Mehta Ka Ooltah Chashmah which made her household name. She joined the show as a replacement of Neha Mehta.

Meanwhile, in of our articles, we had a look at a small byte of Sunayana Fozdar with India Forums. The interview traces back to 2015, where the Taarak Mehta Ka Ooltah Chashmah actress talks about her love for monsoon. She shares of being a hardcore monsoon lover. She even revealed that she used to get beaten up by her parents for getting all wet in the rain while getting back home. She even shared of enjoying the season in Lonavla and enjoying ‘Pakodas’.

Back to Top
Close Add post
X
Rita Ora Reveals Being A Charles Dickens Fan: “I Am A Bit Of A Book Nerd”…HollywoodRita Ora is a fan of Charles Dickens (Photo Credit – Rita Ora/Getty Images/Charles Dickens/Wikipedia) Singer-actress Rita Ora says she is a huge fan o…