Home EntertainmentTV Taarak Mehta Ka Ooltah Chashmah: Bhavya Gandhi aka former Tapu wants to be back on the show – here’s how | Bollywood Life

Taarak Mehta Ka Ooltah Chashmah: Bhavya Gandhi aka former Tapu wants to be back on the show – here’s how | Bollywood Life 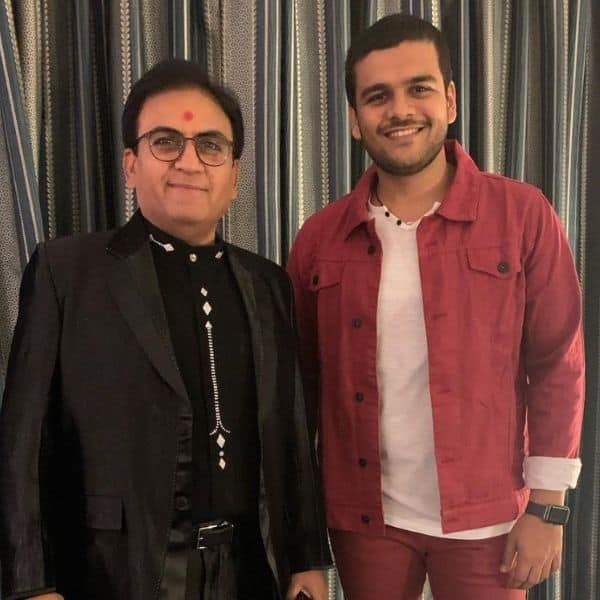 Taarak Mehta Ka Ooltah Chashmah has a massive fan following. Bhavya Gandhi who played Tapu earlier has been loved by the fans. However, he had been replaced by Raj Anadkat later in the show. In an interview with ETimes, Bhavya Gandhi spoke about acting at an early age. He said, “As of now, I believe that I want to be different. I don’t want to live the same life that everybody lives. No offence to anyone but I want to see things in a different way. I want to enjoy things in a completely different way. “Arre, yeh toh humne kabhi socha hi nahi, yeh toh humne kabhi experience hi nahin kiya. Bas vohi cheez mujhe aise natural way mein enjoy karni hai.” So, I feel that this happened very naturally that I was a part of a show (Taarak Mehta Ka Ooltah Chashmah) and I did not enjoy a proper childhood but I learnt everything. I enjoyed my life, I worked there, I grew up there on that set with those people who are just not co-actors but they are family. They are more than family actually. We all were very connected. If anyone was sad, everyone would do a lot of things to manaofy (make them feel good) them. Abhi, maybe in this generation, kids must be facing this.” Also Read – Taarak Mehta Ka Ooltah Chashmah: Dilip Joshi’s hilarious meme on his pictures with Raj Anadkat and Bhavya Gandhi is the best thing on internet

“Earlier, when I was young, we did not have phones but still we would roam in the gardens and the whole of Film City and have lots of fun. That’s how we have grown up. I loved the way I have grown up. I am really blessed to be one of those people, jiska bachpan aisa gaya, “he added. Bhavya Gandhi also shared the reason why he quit Taarak Mehta Ka Ooltah Chashmah and revealed whether he was ousted from the show for being unprofessional. He said, “Yes, even now people call me by that name, and I have no issues with it. I really love it because I have grown up doing that thing. I am where I am because of that thing but I wanted to explore myself. Because at a point in Taarak, I was just doing something, which was just monotonous. I’m just doing something constantly, I was just coming there everyday, doing this, doing that and then pack up, chalo ghar, and that happened for a long time. I said this is monotony and didn’t know how to handle it, I had no clue. I didn’t know what to do about this. So, then me and my parents had a chat even Asit (Modi) sir (producer of the show), the directors, everybody…each and every person that is connected to me – that is almost the set, everybody knew that I am leaving and I used to talk to them about what should I do, and what I shouldn’t. I was weighing all the ifs and buts, what should be done, and then eventually, I came to this conclusion that maybe I want to leave to explore, to learn new things, and still, I have not reached there.I still want to because I am still finding that thing, which you know will ‘Yes, bang on, mazza aaya’ ye feel aaye. This whole poetry thing that I did, that is a completely different thing, I’ve never done that. For eg that this all poetry thing what I did that was the complete different thing and I have never done that and my 2nd gurati flim was about friendship was about young people trying to do some business and the whole team was a young team matlab just 1 old chararcter in the film uske alawa everybody in the flim is a young girl, young guy I love that fact and I loved that experience. That wen I say that this is the reason I left Taarak to explore life, to see more, to understand more and understand myself more and art more, to know more actually. Whatever I said if it makes sense.” Also Read – Taarak Mehta Ka Ooltah Chashmah: Dilip Joshi aka Jethalal shares his views on nepotism; says, ‘Ye hamari sanskriti hain’

“I don’t care let them say whatever they want to say. I know the truth I know I am what I am. Let people think, I don’t care,” he said on reports of being removed from the show. He also revealed whether he lost his popularity after leaving the show. Bhavya said, “It was never about popularity, I never expected popularity. It just came along the way and I am okay with if it’s there or not. If I am happy to do something I am going to do it. I don’t know anything else I just want to do something what I am here to do, that’s all and I don’t know what that something is but I will find it someday.” He also revealed he wants to return to Taarak Mehta Ka Ooltah Chashmah. He said, “I don’t want to say this but yes I want to. Whenever any celebrity came to our set, all of us would get very excited. I want to go back where I started promoting my film. I don’t know if it will happen, I just hope it happens.” Also Read – Taarak Mehta Ka Ooltah Chashmah: Bhavya Gandhi or Raj Anadkat? Dilip Joshi aka Jethalal picks his favourite Tapu