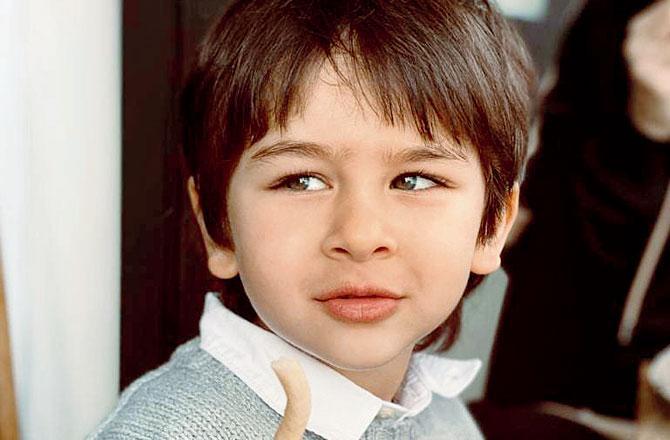 On Wednesday, Taimur Ali Khan had a pre-birthday celebration at grandmother Babita’s place. He turns four on December 20. It was a get-together of the immediate family.

Tim was not exactly happy to see the paparazzi outside Nani’s home. He kept telling them, “No photos,” as mom Kareena Kapoor Khan led him away.

Tim’s growing up and speaking his mind too. A similar incident happened in Dharamshala when Taimur was seen taking a stroll on the streets of the Himachal Pradesh city along with his parents Saif Ali Khan and Kareena Kapoor Khan, and actors Arjun Kapoor, and Malaika Arora.

Given the toddler’s unpredictable nature, he began to blabber and it seems he was shouting ‘Go go go.’ A fan-club of Saif Ali Khan took to its Instagram account to share the video. Have a look right here:

On December 20, 2016, Kareena Kapoor Khan and Saif Ali Khan became proud parents of the baby boy, Taimur Ali Khan. The little one is paparazzi and everyone’s favourite ever since. In these four years, he has established a solid fan base for himself and also led to the creation of multiple Instagram fan-clubs.