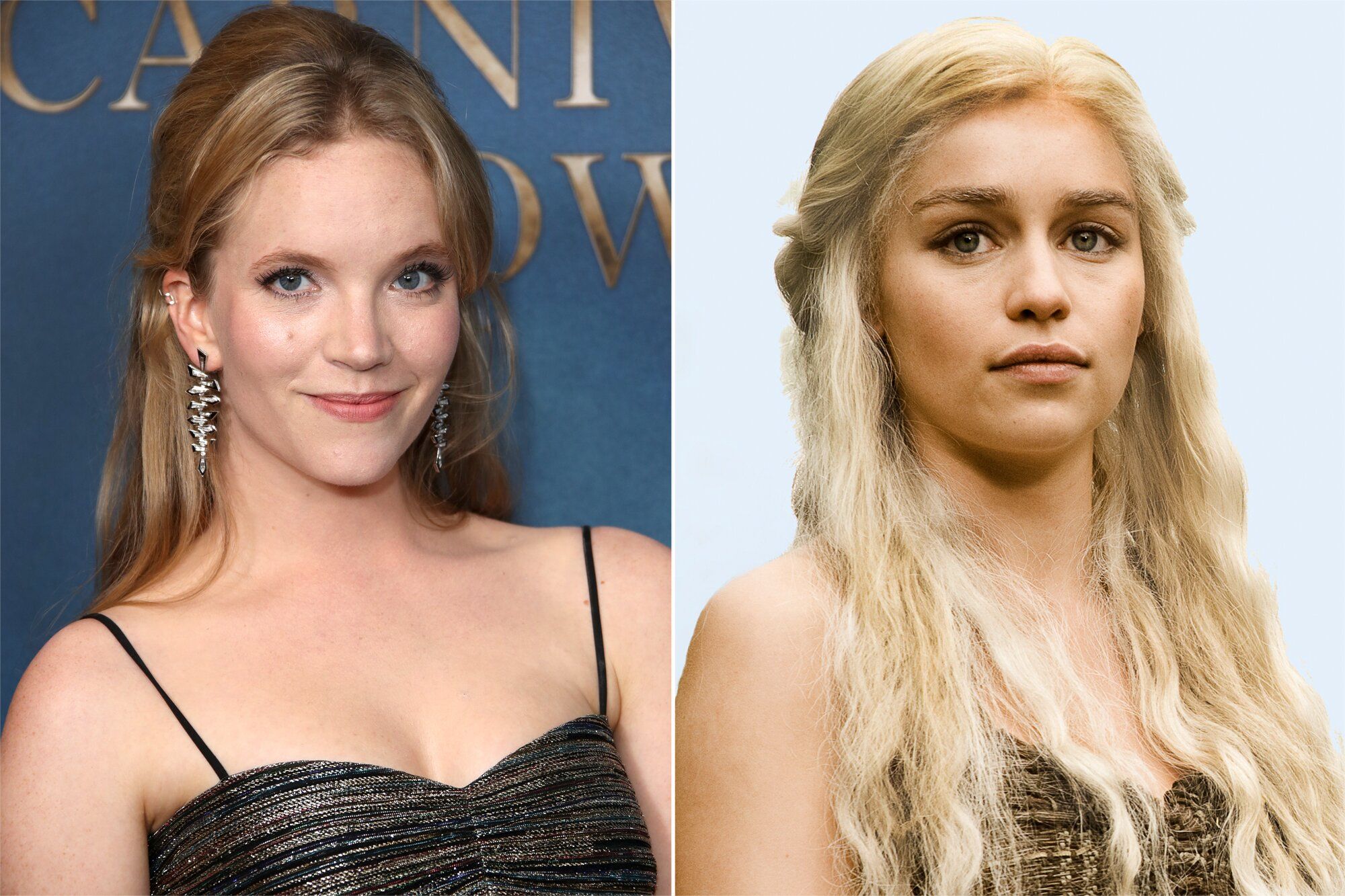 Before Emilia Clarke was Daenerys Targaryen, there was Tamzin Merchant.

The then-21-year-old Merchant landed the female lead role in HBO’s original ill-fated Game of Thrones pilot that was filmed in 2009. The pilot was famously scrapped and almost entirely reshot due to many issues, and several roles and crew members were replaced along the way. One of those changes: the actor who played the Mother of Dragons.

At the time, the British actress was coming off another hit costume drama, Showtime’s The Tudors. She would later go on to join WGN’s Salem, the CW’s Supergirl and Amazon’s Carnival Row — which is currently filming its second season. Merchant is also about to launch her literary debut, the young adult fantasy novel The Hatmakers (more on the book).

Merchant has never publicly discussed the Game of Thrones pilot in any detail — until now.

“Shooting that pilot was a really great lesson,” Merchant said via Zoom from London. “It was an affirmation about listening to my instincts and following them, because I tried to back out of that situation and, during the contract process, I did back out. I was talked back into it by some persuasive people. Then I found myself naked and afraid in Morocco and riding a horse that was clearly much more excited to be there than I was.”

Merchant is referring to Daenerys’ wedding night in the pilot, which included nudity when the exiled Targaryen princess was claimed by her brutish horse lord husband, Khal Drogo (Jason Momoa). The Merchant version was filmed as more of a seduction than in the eventually aired pilot starring Clarke. One shot of the sex scene was interrupted by the horse having an erection (the pilot reshoot and horse anecdote were detailed in my Game of Thrones oral history, Fire Cannot Kill a Dragon).

Continued Merchant: “It was a lesson that if my guts are telling me a story isn’t something I’m excited to tell, then I shouldn’t try to be excited just because other people are telling me that I should be excited,” she continued. “I didn’t have any training as an actor, I only have my instincts. And what excites me and what drives me is a compelling story and a compelling character. So for me, Game of Thrones was never that. I think it’s a testament to Emilia Clarke for making that role iconic — she was obviously excited to tell that story, and she was epic and excellent. But for me, it wasn’t in my heart to tell it.”

Actors being swapped out after a pilot is filmed is a very common occurrence. Usually, who originally played whom during the unaired development process of a series being figured out is quickly forgotten. But Merchant had the highly unusual experience of watching a project where she had a brief gig that simply didn’t work out slowly grow into the biggest pop culture sensation of the 21st century and an inescapable brand in everyday life.

“It was kind of funny riding to auditions on buses with Emilia Clarke’s face on it,” Merchant quipped. “Like, ‘oh my mode of transport is quite interesting today!’ It’s been a thing I felt like I watched unfold and it’s been fantastic for the film industry in Northern Ireland and Croatia, and that has been really great.”

In Fire Cannot Kill a Dragon, one source noted that calling Merchant to inform her of the recasting decision was “the hardest phone call [the producers] ever had to make.” While HBO executive Michael Lombardo said, “There was a piece of casting we had to rethink, [a role] that was compromised. We all knew Daenerys’ journey was critical. Her scenes with Jason just didn’t work.” While co-executive producer Bryan Cogman added, “I thought Tamzin did a really good job. It’s hard to say why things didn’t work out. Ultimately, it’s obvious Emilia Clarke was born to play that part.”

Merchant then added that when she considers her opportunity on Thrones, she tends to think of the story of “The Red Shoes” – the 19th-century Hans Christian Andersen fairytale that was adapted into a 1948 film and a ballet.

“The version that I’m talking about is this amazing audiobook by Dr. Clarissa Pinkola Estés, who wrote Women Who Run with the Wolves,” Merchant says. “It tells a story of this girl who has a pair of handmade shoes; these red shoes that she’s made herself. She’s walking on her path and she gets taken by this lady in a golden carriage. The lady sweeps her off to this grand life of riches and luxury. And she burns the red shoes that the girl made. All the girl wants is a pair of red shoes and she eventually buys this new beautiful pair — and they dance her to death.”

“And for me, I think if I had to get in that golden carriage — if I hadn’t been released from my contract — I think it would have taken me to a place far from the creative person that I am today,” she says. “Also, if I was very rich and famous, I wouldn’t have time to do all the things that my soul needs to do. Expressing myself creatively is a need that’s more important than any amount of riches that I could have gained from that part. If I did I think I’d just distract myself – but that’s just me, not anybody else; I think Emilia Clarke is amazing. I just wouldn’t be the creator that I am today [like with the book]. I’m profoundly grateful to have claimed my own path to be carving it for myself.”

Back to Top
Close Add post
X
Amazon’s weekend deals are unreal—here’s everything worth buying…EntertainmentYahoo Life is committed to finding you the best products at the best prices. We may receive a share from purchases made via links on this page. Pricin…

X
Priyanka Chopra announces her hair care range ‘Anomaly’…Entertainment Actor Priyanka Chopra Jonas on Friday announced `Anomaly`, her own hair care line. The products will be launched on January 31 in the US and will sta…
close