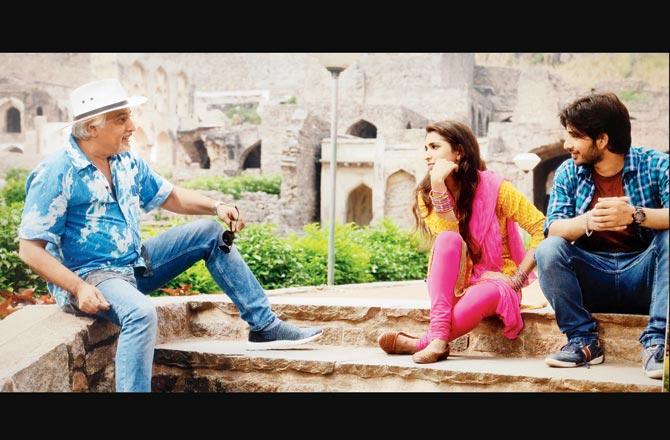 Yesteryear actor Tarun Dhanrajgir is best remembered for playing Mr Darcy in Trishna (1985), the desi remake of Pride and Prejudice, which aired on Doordarshan. Now, he is wielding the directorial baton for Bolo Hau – Ek Mazedaar Love Story with Hyderabadi Tadka.

Talking about now being in front of the screen, Jahnavi said, “It’s been an overwhelming experience working as the lead actor in Bolo Hau. I have always been behind the camera, leading on the edit table. Acting, though, has always had a very special place in my heart. I’ve been performing for as long as I can remember – much before editing came into my life – but I never really considered pursuing it professionally until recently. I was a little apprehensive at first but as time went by and I couldn’t shake off the desire to perform, I realised that if I didn’t give this a fair shot, I’d live to regret it.”

Jahnavi will be seen playing the role of Rukhsar, who is a young, vivacious girl of today and although born into a conservative nawab family, she’s a strong person with a mind of her own.