Tarun Gogoi: Congress stalwart who brought people of Assam together 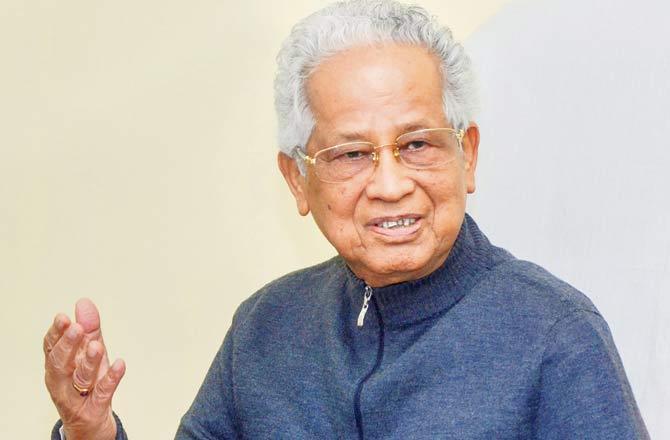 The three-time chief minister of the Assam who dealt with insurgency with an iron hand on Monday lost his life to post-covid complications.

Paying tributes to the departed CM, Congress leader Rahul Gandhi tweeted: “Shri Tarun Gogoi was a true Congress leader. He devoted his life to bringing all the people and communities of Assam together. For me, he was a great and wise teacher. I loved and respected him deeply. I will miss him. My love and condolences to Gaurav & the family.”

Gogoi was ousted from the power in 2016 when the BJP won elections in the state after rebellion by his trusted aide Himanta Biswa Sarma.

Gogoi was known to be a straightforward person, while the Congress was saving its face from the Assam NRC he had said, “This is our baby but the way of implementation is wrong.”

He was sent to Assam in 2001 to take on the Asom Gana Parishad at a time when the Congress had a very slim chance but he won the elections and went on to become the longest-serving chief minister of the state. He did not succumb to pressure when Sarma revolted against him and the Congress stood by him.

A six-time member of Parliament, he was twice Union Minister before moving to the state politics. Gogoi was close to Indira Gandhi and later Rajiv Gandhi and is credited with pulling Assam out of armed insurgency and bringing peace and prosperity to the state.

Though the NRC was part of the Assam Accord, he donned the lawyer’s robe in the Supreme Court to oppose the CAA.

SAS wants to get people curious about analytics with new tagline

People in the Philippines are earning cryptocurrency during the pandemic by playing a video...