Taylor Swift Is Saying, “I Love You Salman Khan” In This GIF? A Bhai Fan Thinks So & Netizens Have Hilarious Reactions 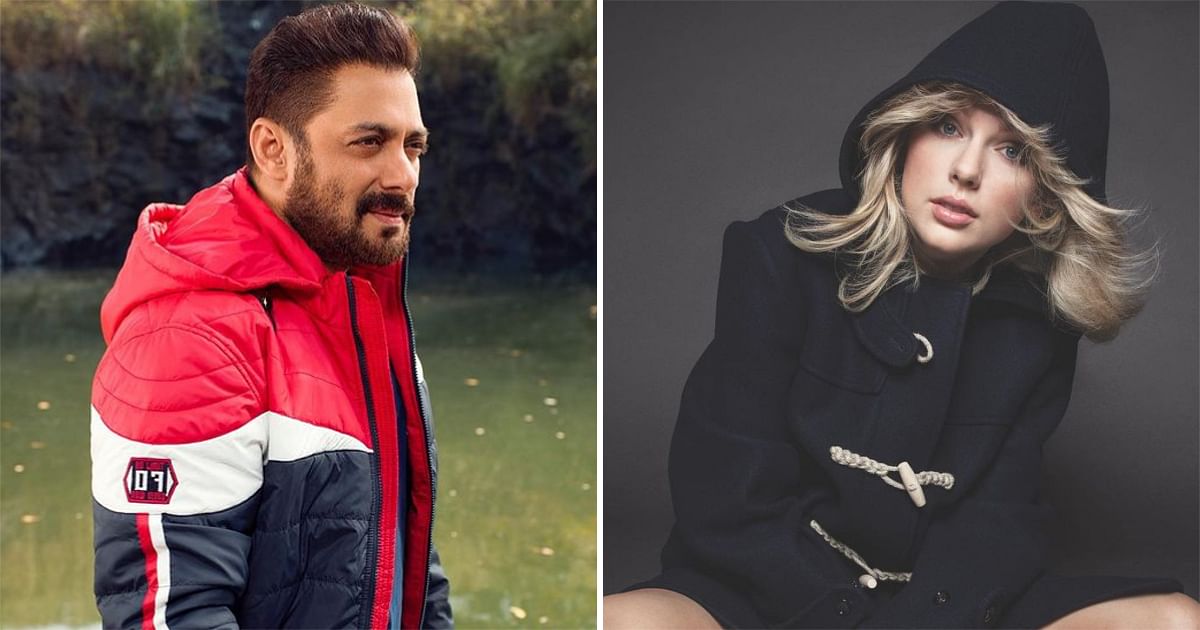 Salman Khan is one of the rare stars who enjoy a very loyal fan following. His fans are totally crazy for him and its evident with the way his films are welcomed in the single screens. But it’s really fascinating that even when the superstar’s films are not releasing in cinemas, the fans have found a way to cherish his stardom.

A GIF of Taylor Swift is going viral on Twitter and the reason is Salman Khan. The GIF has been taken from Swift’s music video titled Are You Ready For It? But the interesting part is that a fan of Bhaijaan shared it with a totally different context.

While in the music video, Taylor Swift is singing the song, a fan of Salman Khan has captioned the GIF as if she is saying, ‘I Love You Salman Khan’

What comes as even more hilarious thing is the reactions of netizens below the tweet. While a section of them want to unsee the GIF, others are having fun by sharing funnier reactions.

On the work front, Salman Khan was last seen in Dabangg 3. His upcoming film Radhe: Your Most Wanted Bhai is slated for Eid 2021 release. The superstar reiterated the fact recently that his upcoming film will arrive in cinemas on the big holiday. Salman’s announcement followed a request from exhibitors’ associations across the country for a theatrical release of the film.

He took Instagram to share the good news with his 37.7 million followers: “Sorry it has taken me a long time to revert to all the theatre owners… It’s a big decision to make during these times. I understand the financial problems that the theatre owners/exhibitors are going through and I would like to help them by releasing ‘Radhe’ in theatres.”

“In return, I would expect them to take utmost amount of care and precautions for the audience who would come to the theatre to watch ‘Radhe’. The commitment was of EID and it will be Eid 2021 inshallah. Enjoy Radhe this year in theatres on Eid.. God willing..”