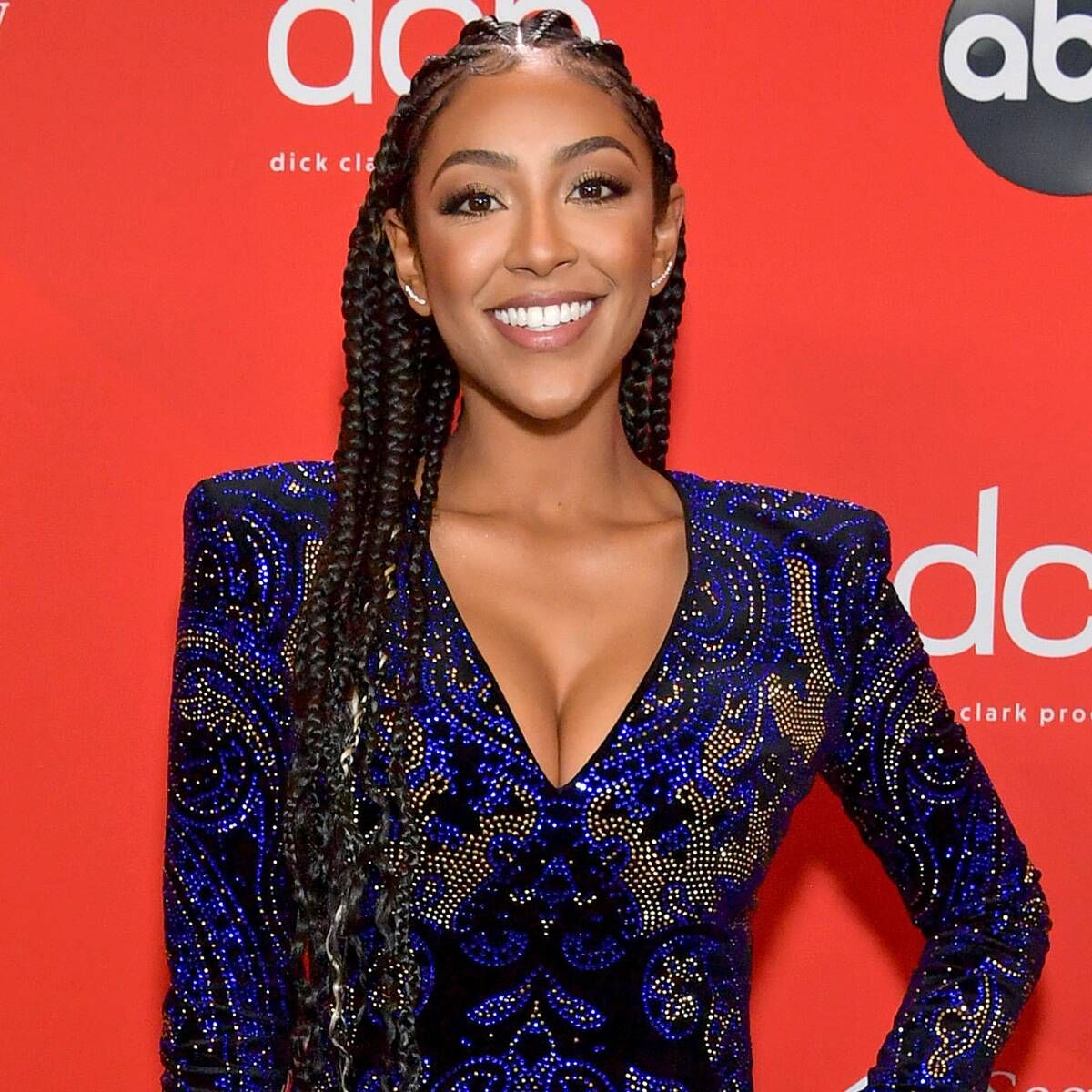 Tayshia Adams is opening up about how she believes Chris Harrison‘s defense of Bachelor contestant Rachael Kirkconnell was unacceptable.

On Tayshia’s Wondery podcast Clickbait With Bachelor Nation, which she co-hosts alongside Joe Amabile and Natasha Parker, the former Bachelorette lead talked about Rachael’s social media controversy and Chris’ reaction to it, which many in Bachelor Nation have called problematic.

This week, a Reddit user shared a photo of Rachael, who is still vying for Matt James‘ heart on the show, attending a “antebellum plantation themed ball” fraternity formal, a racist tradition that is widely criticized for its glamorization of slavery. . Matt is Bachelor Nation’s very first Black Bachelor.

“I haven’t talked to Rachael about it,” Chris said. “And this is, again, where we all need to have a little grace, a little understanding, a little compassion. Because I’ve seen some stuff online—again this judge-jury-executioner thing—where people are just tearing this girl’s life apart and diving into, like, her parents and her parents’ voting record. It’s unbelievably alarming to watch this. I haven’t heard Rachael speak on this yet. And until I actually hear this woman have a chance to speak, who am I to say any of this?”

Behind the Scenes Secrets About Tayshia Adams’ Style on The Bachelorette

Rachel pointed out that the photos were “not a good look ever.” Following the interview, Bachelor Nation alum came out to express disappointment in Chris’ comments, which led to an apology from the host.

On Clickbait, Tayshia, who is biracial, spoke about how she felt disappointed with Chris’ Extra interview with Rachel.

“I definitely will say, watching that interview, my eyes were wide open. My jaw was kind of to the floor. It was an ongoing conversation filled with so much defense and what I feel is ignorance,” she said. “To be clear, the thing I think everybody was looking for was a little accountability. Just say, ‘The images that have come out, they’re wrong. Bottom line, they’re wrong.’ There was no sense of ‘What she did was wrong and I feel bad that Bachelor Nation is going through this.'”

When asked by Joe what it would take for Tayshia to continue a friendship with Chris, she said, “It would just be an apology. We have had conversations about race in the past.”

Tayshia also applauded Rachel for speaking out. “I spoke to Rachel yesterday, and to be honest with you, I thanked her,” the podcast host said. “I am where I am, my experiences were my experiences, because of her. My Bachelorette experience was 10 times better than Rachel’s because she was the first Black Bachelorette.”

She added, “[Rachel] had such a loud voice and she was like, ‘I’m not feeling heard and being understood in this franchise.'”

When asked by Natasha how Bachelor Nation can move forward, Tayshia said, “I think we need to continue to hold people accountable for their actions. I don’t think there’s anything wrong with doing that. I don’t think tearing somebody down is a good idea, but I think you can say ‘Hey, what you’re doing here is wrong.'”

She added, “First, we’re going to need to hear from the franchise as a whole about not standing with racism. Just because you have a Black lead or a few of them, doesn’t mean you’re not racist.”

You can list to the entire Clickbait podcast here.

Sign up for our weekly Bachelor Beat newsletter to get all of your Bachelor Nation updates!