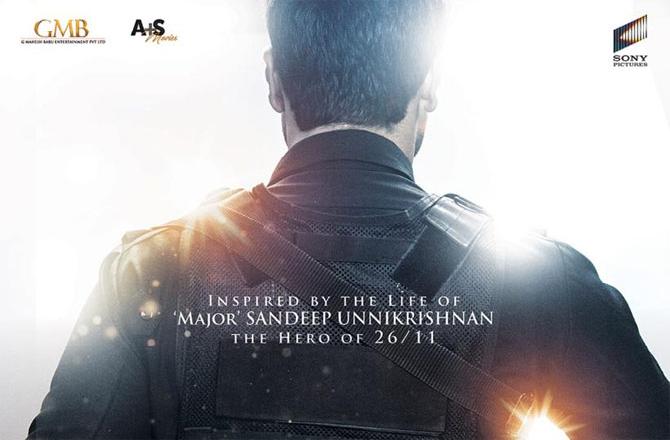 After creating waves across platforms with the mighty impressive ‘look test’, Team Major is all set to present the first look of the film wherein Adivi Sesh steps into the shoes of Major Sandeep Unnikrishnan. Piquing the interests of the audience with a teaser poster, the makers of ‘Major’ would be revealing the first look showcasing Adivi Sesh as Sandeep Unnikrishnan on Thursday at 10 am.

‘Major’ traces the iconic events and will take the audiences into Sandeep Unnikrishnan’s life not known to the world. Paying a tribute to the braveheart who sacrificed his life for the nation in the 26/11 Mumbai attacks, ‘Major’ aims to celebrate the way Sandeep Unnikrishnan lived.