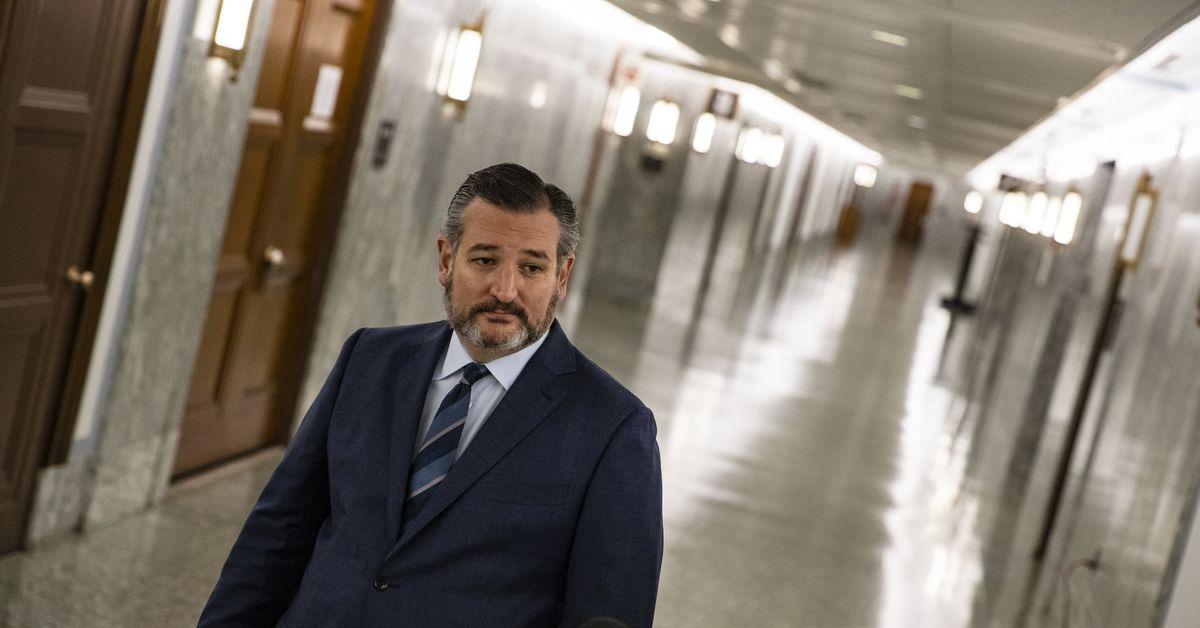 On Saturday, 11 current and incoming Republican senators announced in a joint statement that they would object to the congressional certification of President-elect Joe Biden’s Electoral College victory next week in a futile effort to hand outgoing President Donald Trump an unelected second term in office.

The statement — led by Texas Sen. Ted Cruz — also calls for the creation of an electoral commission modeled on a similar committee assembled in 1877, saying the commission would conduct “an emergency 10-day audit of the election returns in the disputed states.”

Citing “unprecedented allegations of voter fraud, violations and lax enforcement of election law, and other voting irregularities,” the letter also argues that states should be allowed to “evaluate the Commission’s findings and could convene a special legislative session to certify a change in their vote, if needed.”

The days after the 2020 election have indeed seen unprecedented allegations of voter fraud — but all have been found to be without merit by the judicial system, state elected officials, national security officials, and elections officials. Nevertheless, Cruz and the other members of the group — Sens. Ron Johnson, James Lankford, Steve Daines, John Kennedy, Marsha Blackburn, and Mike Braun, as well as Senators-elect Cynthia Lummis, Roger Marshall, Bill Hagerty, and Tommy Tuberville — maintain otherwise.

Lummis, Marshall, Hagerty, and Tuberville were elected in November and have yet to be sworn in, but will be seated Sunday ahead of a session of Congress dedicated to the electoral vote certification on January 6.

In their plans to object to the certification, the 11 lawmakers join Missouri Sen. Josh Hawley, who announced his own plan to object last week, and a sizable majority of the House Republican Conference, led by Trump devotees like Rep. Louie Gohmert, who have said they will do the same.

“74 million Americans are not going to be told their voices don’t matter,” Hawley said of his effort on December 30, conveniently ignoring the fact Biden won the election by a margin of more than 7 million votes over Trump, and that, in the US system, their votes hold equal weight.

Ultimately, the Republican plan to object will lead nowhere. Though a bicameral group of Republicans will be able to successfully object to the certification of results, the Democratic majority in the House means that the effort will ultimately fail there — and it may not stand much of a chance in the Senate either, where the No. 1 and No. 2 Republicans in the chamber — Majority Leader Mitch McConnell and Majority Whip John Thune — have come out against it.

“In the Senate, it would go down like a shot dog,” Thune told reporters in December 2020. “I just don’t think it makes a lot of sense to put everybody through this when you know what the ultimate outcome is going to be.”

Other Republicans, including Sens. Mitt Romney and Ben Sasse, have criticized Hawley’s plan. And In a statement Saturday, Sen. Lisa Murkowski (R-AK) came out strongly against the lawmakers’ plan to object.

“I swore an oath to support and defend the Constitution of the United States,” she said, “and that is what I will do January 6 — just as I strive to do every day as I serve the people of Alaska. I will vote to affirm the 2020 presidential election.”

Sen. @LisaMurkowski (R-Alaska): “I swore an oath to support and defend the Constitution of the United States and that is what I will do January 6—just as I strive to do every day as I serve the people of Alaska. I will vote to affirm the 2020 presidential election.” pic.twitter.com/P2JYIXXahD

Plan to object aside, the “electoral commission” plan backed by Cruz and 10 of his colleagues is nonsense. For one, the commission they demand has no precedent in the modern era and no realistic prospects of being convened. What’s more, the statement is predicated on a series of spurious claims by Cruz and his colleagues that echo similar — and equally baseless — election fraud rhetoric to that heard repeatedly from Trump.

Election Day — November 3, 2020 — is now 60 days in the past. In that time, Trump and his Republican allies have filed and lost at least 60 election-related lawsuits at all levels of the state and federal court systems alleging voter fraud and other improprieties — and they have failed to prove their case at every turn.

Recounts in battleground states like Georgia and Wisconsin — both won by Biden — have turned up no evidence of large-scale fraud or irregularities that could have affected the results of the election. And in all 50 states and Washington, DC, the election results have been carefully reviewed by state officials and certified as accurate.

In short, 60 days of intense scrutiny has turned up exactly zero reasons to believe the letter’s false claim that “the allegations of fraud and irregularities in the 2020 election” are worrying — and there’s no reason to believe that an “electoral commission” would turn up a different result.

That there have been allegations of fraud as never before is true, but as MSNBC’s Chris Hayes pointed out on Sunday, these have been misleading efforts led by Trump, and bolstered by his allies, like Cruz, to overturn the election’s rightful results.

Cruz and his allies cite the results of this effort in their statement Saturday that widespread belief in the existence of voter fraud — a sort of warped “where there’s smoke, there’s fire” argument — necessitates the creation of an election commission.

“Reuters/Ipsos polling, tragically, shows that 39% of Americans believe ‘the election was rigged’,” the group said Saturday. “That belief is held by Republicans (67%), Democrats (17%), and Independents (31%).”

That’s an accurate reporting of the poll’s results — but it does conveniently leave out the likely reason for that widespread belief.

In reality, the Republican base has been inundated with evidence-free voter fraud rhetoric from every corner of the right-wing universe — from Trump’s Twitter feed to Fox News to stump speeches by Republican senators — almost nonstop since Trump’s election defeat. There’s a direct line between Cruz’s rhetoric and the problem he diagnoses: As Hayes put it on Twitter, “They’ve spent months lying to people, telling them the election was stolen and now turn around and cite the fact that many people believe them as evidence!”

Ultimately, Saturday’s statement is just the latest foray in a flailing Republican effort to keep Trump in office in opposition to the will of the people. Given that any challenge to certification can be dissolved by a majority vote, and that there are more than enough opponents to these challenges in both the House and Senate, Cruz’s plan seems unlikely to work.

Biden is poised to again be affirmed the next president on January 6 ahead of his January 20 inauguration. But if Cruz and his colleagues are as genuinely concerned about a “deep distrust of our democratic processes” that “poses an ongoing threat to the legitimacy of any subsequent administrations” as they claim, their own role in disrupting trust in the electoral process deserves review.