Home Entertainment Ted Danson talks about getting arrested with Jane Fonda: She’s ‘one of my real inspirations in life’

Ted Danson talks about getting arrested with Jane Fonda: She’s ‘one of my real inspirations in life’ 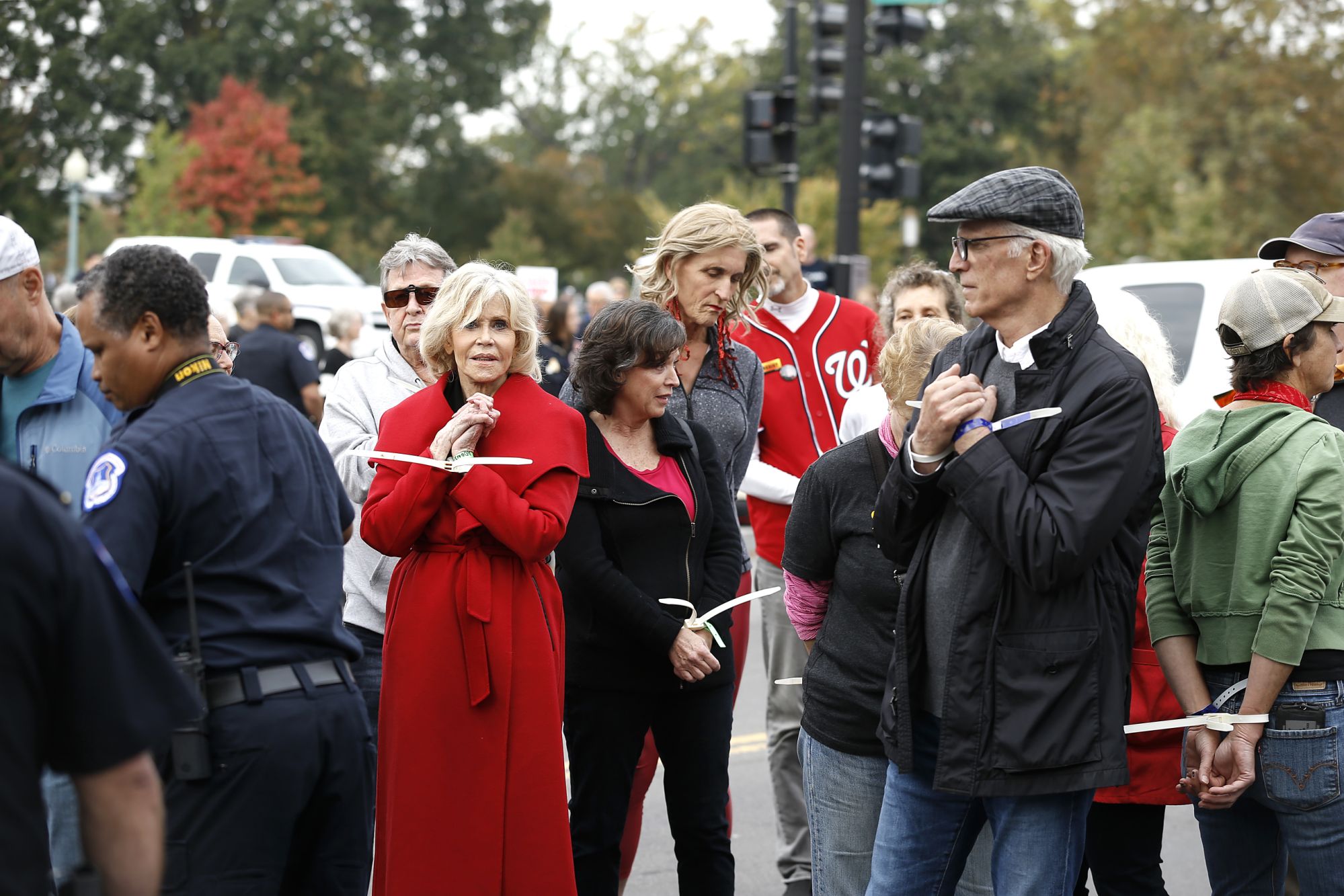 The Mr. Mayor star, 73, spoke on Wednesday’s Ellen DeGeneres Show about getting arrested in Oct. 2019 while participating in Fonda’s Fire Drill Fridays protests. It led into the actor praising Fonda for her climate change activism with Greenpeace — and saying it inspired him step up his game.

“You can see it was kind of an exciting moment that I delighted in,” Danson said as a photo of him in zip ties appeared on the screen, before adding, “Mostly because I was with Jane Fonda,” a lifelong activist, now 83, who moved to Washington, D.C. for several months to spearhead the protests.

Continuing to talk about the “amazing” Fonda, who was arrested five times during the fire drills, he said, “She’s turned into being one of my real inspirations in life.”

At the rally the day Danson was arrested, he introduced himself to the crowd as “Jane Fonda’s new trainee.” Fonda rallied many other celebrities to join her efforts, including Martin Sheen, Joaquin Phoenix and Sam Waterston.

Danson has been a longtime activist in ocean conservation, but told DeGeneres that Fonda’s drive inspired him to up his game.

“What it did for me is I think that I had been kind of hiding behind, ‘Oh, I work on ocean issues. I have for 30 years. I’m saving the oceans kind of thing,” he said. “I think that arrest made me want to double down on climate change. It meant a lot to meet her. It changed my life.”

Danson has actually known Fonda, whose activism has also seen her support the Civil Rights Movement and women’s rights and opposed the Vietnam and Iraq wars, since at least the early 1990s. They both attended the United Nations First Annual Earth Day International Awards in 1993. His wife, Mary Steenburgen, starred in Book Club with Fonda in 2018.

Danson also spoke to DeGeneres about marking his 25th wedding anniversary with Steenburgen in October. He said their families — including kids and grandkids — got COVID tested and came together for a celebration that included a lot of hugging. He called it a “great little celebration.”

And he talked about his proposal to Steenburgen after meeting on the set of 1994’s Pontiac Moon. He joked about being “lame, which is not news” as he carried around the ring for two months while he practiced proposing. He finally flew to Houston, where she was filming a movie, and popped the question.

“I knew from the day we met that I didn’t want to be with anybody else but her,” he said.