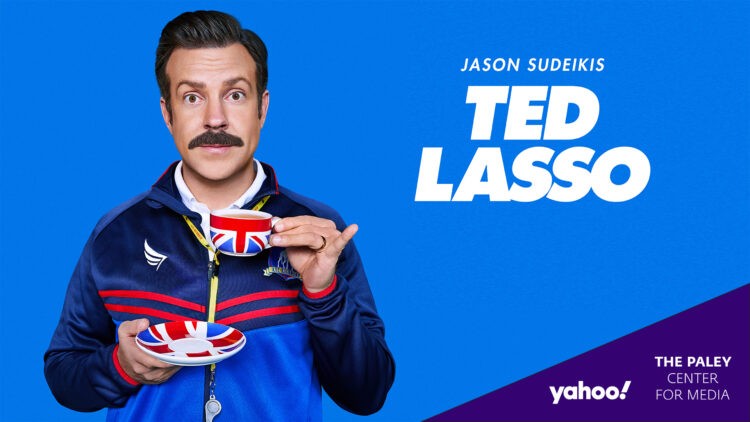 PaleyFest LA 2021 sponsored by Citi and Verizon. Stars and creatives of Apple TV+’s Ted Lasso (Bill Lawrence, Jason Sudeikis, Brendan Hunt, Brett Goldstein, Hannah Waddingham, Juno Temple, Phil Dunster, Nick Mohammed, and Jeremy Swift) gather with moderator Patton Oswalt at PaleyFest LA 2021 to celebrate their show. Topics include: Sudeikis’s (Ted Lasso) initial pitch for the show, and how Lawrence was shocked by the comedy’s “surprising emotional depth and pathos”; Sudeikis having found inspiration for complex comic characters from the BBC version of “The Office”; the benefit of cutting more jokes than storylines as the episodes progressed; why the cast feels like a theatrical company; Dunster’s secret for playing the off-putting Jamie without judgment; Temple (Keely Jones) and Waddingham’s (Rebecca Welton) reaction to the writers’ refusal to pit female characters against each other; and why Lawrence’s children prefer the show to his earlier hit series, “Spin City.”